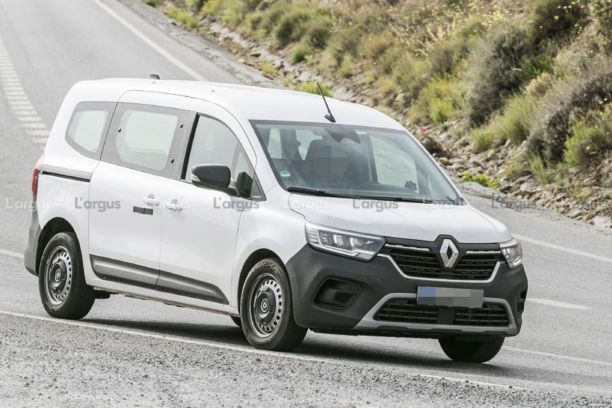 Renault is preparing a seven-seater version of the Kangoo.

Faced with the Citroën Berlingo XL and Peugeot Rifter Long, Renault will offer a seven-seater version of the Kangoo Combispace. After leaks concerning the utility model at the end of 2021, the elongated MPV was photographed in the middle of a road test. It is expected for the beginning of 2023.

After having discovered the utility version, here is the Renault Kangoo Combispace Maxi. In addition to making professionals happy, the XXL MPV will also delight large families with a stretched variant that can accommodate up to seven passengers. Enough to be able to rub shoulders with its counterparts Citroën Berlingo XL, Peugeot Rifter Long, Opel Combo, Toyota Proace City or even Volkswagen Caddy Maxi.

Devoid of any camouflage, a prototype of this extended version of the Kangoo 3 was seen in the middle of a road test in southern Europe. As can be seen in the photos, the glass surface at the back has gained centimeters. Our first information announced a length of almost 5 m (4.91 m), or 42 cm more than the standard version (4.49 m). However, the distribution of this elongation remained to be determined. And at first glance, the Diamond manufacturer played more on the wheelbase than on the rear overhang, which is identical.

Until now reserved for professionals, the Kangoo Combispace will be entitled to a 100% electric engine of 122 hp (90 kW). The 44 kWh battery will provide a range of 285 km and can be recharged with a standard 11 kW or optional 22 kW cable. On the thermal side, the Combispace Maxi will benefit from the petrol and diesel blocks of the standard model, with powers ranging from 95 to 130 hp.

The XXL version of the Kangoo will initially be launched for professionals. Time to ramp up at the Maubeuge plant, families will have to wait until early 2023 to take advantage of the Kangoo Combispace Maxi. The Mercedes T-Class and Nissan Townstar cousins ​​will also gain a version offering seven seats.

Citroën C5 Aircross test: our opinion on the restyled version