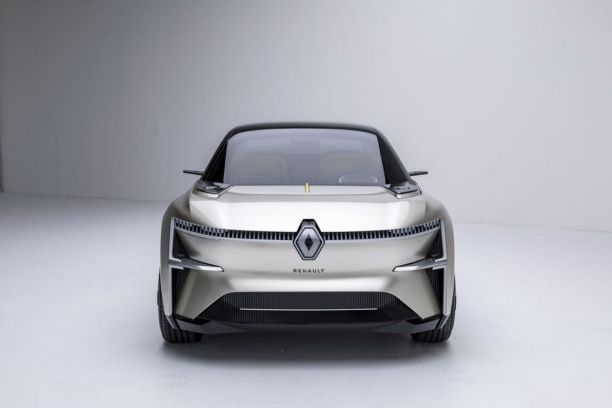 Exclusive. During Capital Market Day, Luca de Meo announced a range of six electric vehicles for 2031. To the R4, R5, Mégane and Scénic will be added in 2027 a large SUV, known by the code name HCC, which will induct technologically a new generation of electric Renaults.

During the high mass presenting the new organization of the Renault group, Luca de Meo, its leader, sketched the future product plan of the diamond brand. Which, by the way, is not set in stone. The first stage up to 2027 provides for the arrival of four 100% electric vehicles: the Mégane, the R5 and Scénic in 2024, then the R4 in 2025. The second phase, which will run from 2027 to 2031, expects a range of six models, four of which belong to the C segment.

According to our information, the manufacturer is already working on the future Mégane E-Tech (BCB II), which will be replaced in 2027. Another certainty, the boss of Renault has thawed the project of a family SUV, a time mentioned in 2020 but finally “deprioritized” in favor of the Scénic (HCB), which will be launched in early 2024.

TO READ. The future Renaults until 2027

In 2020, the Morphoz concept car materialized internal projects for the future compact (HCB) and family (HCC) SUVs. For financial reasons, the latter has been put on hold. But here it is again on the table. This model will cap the range above the Scénic and will be developed on the new SDV (Software-Defined Vehicle) platform. In the program, a new 200 kW (272 hp) wound-rotor synchronous motor) developed and manufactured jointly by Renault and Valeo. More compact and lightweight, it will above all be free of rare earths and produced in the Renault plant in Cléon from 2027. As Gilles le Borgne (Renault group engineering boss) confirmed to us, the architecture will switch to a voltage of 800 V on this occasion. The battery of around 90 kWh should be supplied by Envision, which is in the process of setting up its gigafactory in Douai, where this new SUV will be produced.

The major advance of this platform will be the integration of a high-tech electronic architecture developed jointly with the American giant Qualcomm, which will provide its Snapdragon Digital Chassis solution. To put it simply, the latter integrates one or two supercomputers (depending on the vehicle) which will control all the functionalities of the vehicle (infotainment, driving aids, etc.), which Tesla already does. Inaugurated by the new range of FlexEVan utilities, this architecture will be associated with all Google services, including the cloud. The goal is to offer new services and update the vehicle over time. This family SUV, whose name is unknown for the time being, will be the launch vehicle for all of these technologies which will also be used for the second generation of electric Mégane E-Tech.