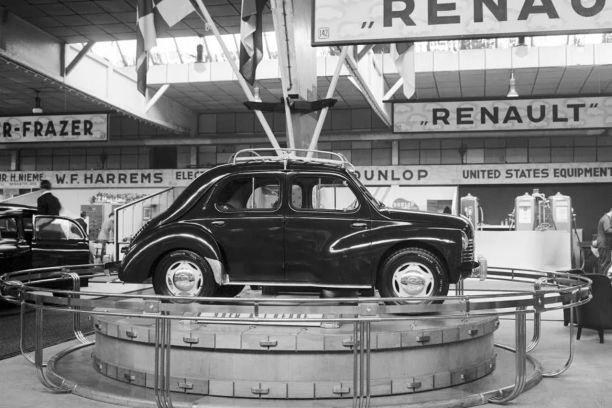 At each edition of the Paris Motor Show, Renault has played the game and brought models that have become emblematic to its visitors.

Inseparable from the automotive world, Renault crosses generations with its emblematic vehicles. The official return of the mythical 4L and R5, presented in the form of concepts at the 2022 Paris Motor Show, is the ideal opportunity to come back to other Losange models that marked the event.

Launched in 1899 by three brothers, Renault is the most popular French automobile manufacturer. There are many models that have marked history and passed through generations. Child, who has not ridden at least once in the 4L or the R5 of his uncle or his grandparents? A few decades later, the brand is preparing to bring its two emblematic models back to life. Before discovering the 4Ever Trophy concept and the R5 prototype exhibited at the 2022 Paris Motor Show, a look back at the slew of diamond-shaped vehicles that marked previous editions.

>> The emblematic Renault models of the Auto Show <<

More than 100 models created since the post-war period

At the end of the Second World War, Renault was quite simply the leading French car manufacturer. In 1946, the brand launched its 4CV, a spacious vehicle that was above all accessible to as many people as possible. At that time, the range of the rhombus is not very extensive, but the production is intensive. The 4CV becomes the first French vehicle to surpass the one million copies mark. A rhythm maintained by the manufacturer from the beginning of the 1970s, since Renault produced more than a million vehicles with models that marked history, such as the R4 or the R5. Also called 4L, the Renault 4 has sold 8 million units in around 30 countries in thirty years. A popular vehicle, you have the proof!

In 1975, the merger of the sports activities of Alpine and Gordini led to the creation of the Renault Sport branch. Renault entered Formula 1 as a constructor in 1977. In the 1980s, the firm was on the verge of bankruptcy. The losses exceed 10 billion francs! The brand nevertheless manages to get its head above water and unveils its R21 in 1986. The end of the XXe century marks a turning point in its history with the signing of the Renault-Nissan alliance. The same year, in 1999, the diamond brand bought the manufacturer Dacia.

In the hard since the beginning of the XXIe century, Renault had to review its sales policy to return to the green. A man is currently pulling it off, a certain Luca de Meo. No more mass production, now place for profit with well-targeted models and rising prices. The brand’s new productions no longer have anything to do with those of the past, like a fifth generation Mégane, which abandons the sedan style. The future looks bright. The manufacturer wishes to become the greenest in Europe with the desire to offer only electric vehicles. Renault is unveiling to the general public four “zero emission” concepts that herald the future of the brand’s models.