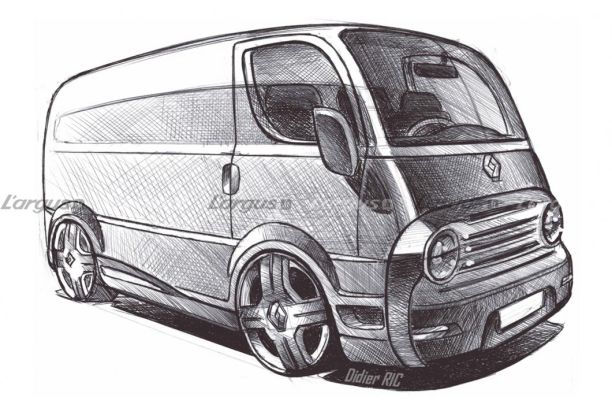 In 2021, L’argus had imagined a modern Estafette. A premonition since Arnaud Belloni, the Renault marketing director, mentioned the possibility of doing something about it.

A few hours before the opening of the 2022 Paris Motor Show, Arnaud Belloni (Renault’s marketing director) had fun with the confidence game by mentioning a possible return of the Estafette and the production of the R5 Turbo 3E in small series. Info or intox ?

Visiting the Renault stand on Sunday afternoon, Renault’s marketing captain, Arnaud Belloni, indulged in a few secrets as part of a live intervention. In addition to having disclosed the name of the concept car 4EverTrophy before the time, he released some information. Selected pieces !

About the R5 Turbo 3E, he says “we would like to make it in small series but it would not be very affordable”. The project is all the more feasible as this electric R5 (developed on a tubular chassis) was built by a French company which makes vehicles for the Andros Trophy. A way to throw a bottle into the waters of the Seine to see if any fish are taking the bait? The manufacturer is not the first to do so. Four years ago at the Paris Motor Show, Peugeot boss Jean-Philippe Imparato did not rule out making the magnificent e-Legend coupé. With the difference that the latter was far from being able to take the road as it was. So chick, Mr. Belloni?

The comeback of the Estafette

At the origin of the advertising campaigns reviving the history of the firm at Diamond, the marketing director recalled that certain models were part of “of the Automobile Hall of Fame”. This is the case “of the R5, the R4 and the Estafette”. Adding about the van produced from 1959 to 1980 “that there is something to do with it”. Two paths are possible. The first concerns the utility version of the R4 which will be produced in Douai in 2025. We would see it more decked out with the surname of Express or R4 Fourgonnette. The second concerns the project for a new utility called FlexeVan according to inside sources. It is a 100% electric model with a dedicated architecture which would take over from both the Kangoo and the Trafic by 2027 thanks to its different versions.