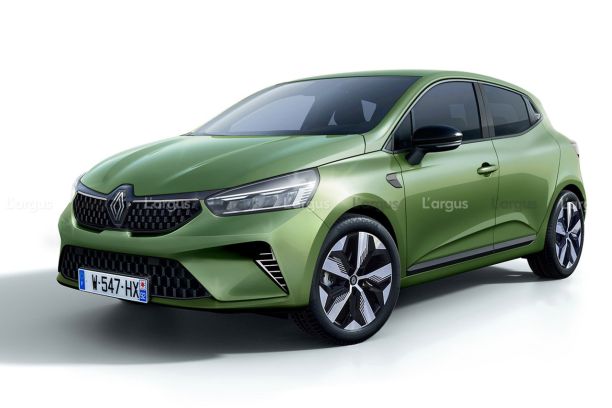 Next spring, the Renault Clio will go through the restyling box. Here is what it will look like according to our information.

Since its launch in 2019, Renault’s bestseller has suffered from comparison with the Peugeot 208 due to its lack of aesthetic audacity. In April 2023, the Clio will present a revamped face and will clean up its range a few months before its rival.

The Peugeot 208, Clio’s killer? While the city car with the Diamond has dominated the French market for decades, the fifth generation was overtaken by its rival in France but also in Europe. In 2022 (until the end of September), Renault registered 20,000 fewer units than Peugeot (47,589 against 67,866 against) and barely more than Dacia with the Sandero (46,032). Admittedly, the Lioness has an electric version in its catalog, but the city car with the Diamond opposes its E-Tech hybrid system. If its intrinsic qualities are not in question, the Clio has not evolved enough aesthetically from one generation to another, unlike the Peugeot. Like Volkswagen with the Golf, the strategy of changing a model in small steps does not work every time.

TO READ. Renault has announced the sixth generation of the Clio for 2026

The design team, under the leadership of Gilles Vidal, sharpened its pencils to draw the restyled version which will be presented in April 2023 (September for the Peugeot 208). The objective was clear: to energize the face of the Clio to give it more personality. All without completely breaking the mould, in particular the hood and the fenders, to remain within a contained budget envelope. According to internal information, The argus offers you what the restyled Clio 5 would look like. The changes concern the design of the headlamps, the grille which incorporates the new logo and the shield whose features are more tense. At the rear, the treatment of the lights will be reviewed at the level of the light signature as well as the shield.

If there’s one thing that doesn’t need to change, it’s the cockpit. Thus, the new features for phase 2 will be limited to seat upholstery, the roof lining and the personalization program. Question multimedia system, the Clio will always bet on the current modernized Easy Link and will not adopt the new system of the Mégane E-Tech and Austral. Note that the digital counters and the large central screen will equip more series finishes. The French will welcome new safety equipment to comply with the new GSR II safety standard (applicable to all vehicles in July 2024) including the intelligent speed adaptation system and central airbags.

In September, Luca de Meo (boss of the Renault group) banged his fist on the table. He asked his teams to reduce the diversity of ranges which is both costly and difficult to manage in times of component shortages. Thus, from around 40 combinations, the Clio will increase to around ten. On the occasion of this restyling, the Esprit Alpine livery should replace the RS Line.

Under the hood, the 1.0 SCe 65 will no longer be available in France, while the 1.3 TCe 140 hp will be scrapped. The same should apply to the X-Tronic automatic transmission, which will eventually be replaced by a new EDC Magna/Getrag (DW23) dual-clutch transmission. Thus, the range will be based on the 1.0 TCe 90 and 100 LPG as well as a new version of 115 hp. Point 1.2 (HR12) which will be introduced over time on new vehicles which will have to comply with the Euro 7 (2026) emissions standard. Above the 1.0 TCe, place for the hybrid with the 1.6 E-Tech of 145 hp whose battery will increase from 1.2 to 1.3 kWh. The 1.5 Blue dCi should remain in the catalog for professionals. The Clio, meanwhile, will change generation in 2026.

TO READ. The calendar of novelties until 2026

Water retention: what do I eat to stop having legs like poles?