Renault RS01 (2015). The sportswoman that the gendarmes will not have! 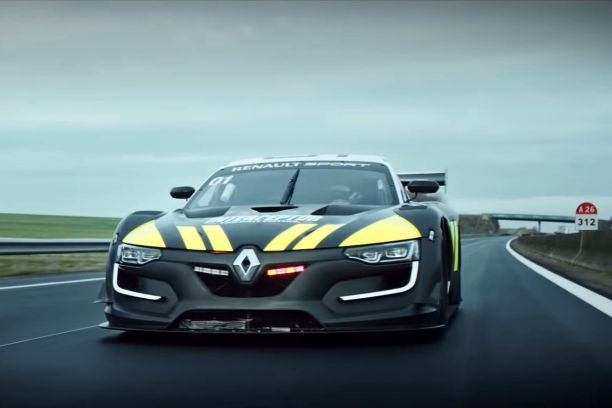 Renault RS01 Interceptor: a supercar for the Gendarmerie?

Not so long ago, Renault came up with the idea of ​​equipping the Gendarmerie with a 550 hp mid-rear engine coupé. The manufacturer transformed its RS01 racing car into an Interceptor version for this purpose. It was, of course, only a friendly communication operation.

Alpine takes the place of Renault Sport in F1, as Renault’s internal preparer, but also at the Gendarmerie. A time equipped with Mégane RS, it now equips its rapid intervention teams with A110. But before the return of the brand from Dieppe, Renault imagined another (very) sporty coupé for law enforcement: the RS01 Interceptor.

A Renault at the heart of GT-R

The Renault RS01 presented in 2014 was a mid-rear engine racing car, powered by a 550 hp 3.8L twin-turbo V6 borrowed from the Nissan GT-R. It raced in the Renault Sport Trophy one-make championship for the next two years.

In 2016, when the Mégane RS was the official car of the BRI, Renault unveiled a rather special RS01. Bearing the suffix Interceptor, the car was equipped with flashing blue and red lights in the front and a screen displaying messages such as ” follow me integrated into its rear wing, not to mention its yellow stripes reminiscent of those of Gendarmerie vehicles. The Audi R8, Porsche 911 Turbo and other Ferrari 458 Italia could shudder.

TO READ. Race test: Renault RS01, the French car faster than a Ferrari!

When renowned pilots play the police…

Renault staged the RS01 Interceptor in a video. We see a biker being spotted at 230 km / h on the highway by gendarmes equipped with a radar. These then alert the driver of the RS01 so that he chases the offender and intercepts him. The driver in question is none other than Jean Ragnotti, living legend of the rally who has built a good part of his record with the manufacturer with the diamond. Obviously, this one carries out its mission with brio. Alas the RS01 remained a pure competition machine; the Interceptor remained an exercise in style and no road version was offered. At the beginning of January, Esteban Ocon played the actors for another promotional video with the gendarmerie. The French pilot’s mission was to deliver one of the first A110s…