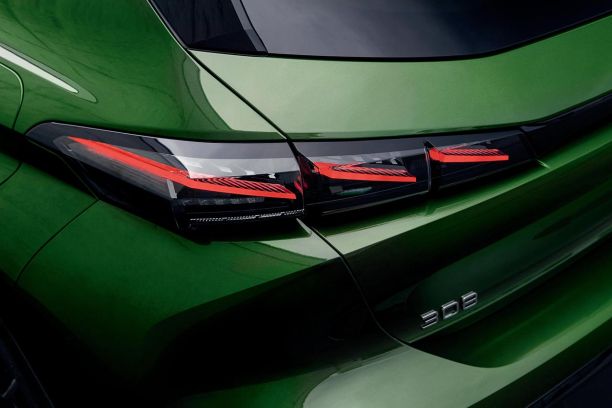 In 2023, Peugeot will launch a 100% electric version of its 308. If the manufacturer had remained quite discreet, it has just released some technical details on the future rival of the Volkswagen ID.3. Its cousin, the electric DS4 E-Tense will benefit from the latest technologies.

The Peugeot 308 will be able to count on the reinforcement of a new engine in 2023. As announced to you exclusively The argus, in February 2021, the compact will have a 100% electric variant in addition to petrol, diesel and plug-in hybrid versions. So far little information had circulated on the vehicle. In mid-January, the manufacturer unveiled some technical elements of its e-308.

Power and range of the compact

The decision to make an electric version of the compact having been taken late, Peugeot had to adapt the EMP2 platform to electric. Which has already been the case for the e-Rifter and its cousins. The challenge has been to house a battery that offers decent range on a model that has low ground clearance. The e-308 borrows the battery from the current models (e-208, e-2008…), namely that provided by the Chinese CATL. Peugeot had little choice since the new generation developed by ACC in France will not arrive until the end of 2023 on the future 3008 (e-P64). However, theThe manufacturer has slightly revised its power from 50 to 54 kWh (50 useful). The new Opel Astra will also be available in an electric version in 2023 with the same system. On the other hand, their cousin, the DS4, will be entitled to preferential treatment because of its premium status. In 2024, the 100% electric E-Tense version will feature the new Nidec PSA engine and an ACC battery.

The electro-motor from which the e-308 will inherit is also common with the city car, the urban SUV and the MPV. Here again, Peugeot offers more watts to the compact with an announced power of 115 kW (156 hp) against 100 kW (136 hp) for existing electrics. The torque also benefits from this to increase (+ 10 Nm). It now reaches 270 Nm on the e-308. As for autonomy? The lion manufacturer announces the possibility of traveling up to 400 km with a charge, but the data has not yet been approved. To be confirmed therefore. For comparison, an e-2008 claims around 340 km when a lighter e-208 offers the possibility of traveling up to 362 km.

To accompany this technical information, Peugeot presented some visuals of this new version that it has not published. The manufacturer has chosen not to change the look of its compact like the electric models already on the market Only a few small colored details and specific badges will distinguish it from the rest of the range. Other distinctive signs: the ground clearance will be lowered and the rear bumper should no longer reveal a location for the exhaust outlets. According to our information, the trunk volume of the e-308 should be identical to that of the PHEV version, i.e. 361 liters (compared to 412 l for the thermals).

Ford Tourneo Connect (2022). Price, range and equipment of the MPV