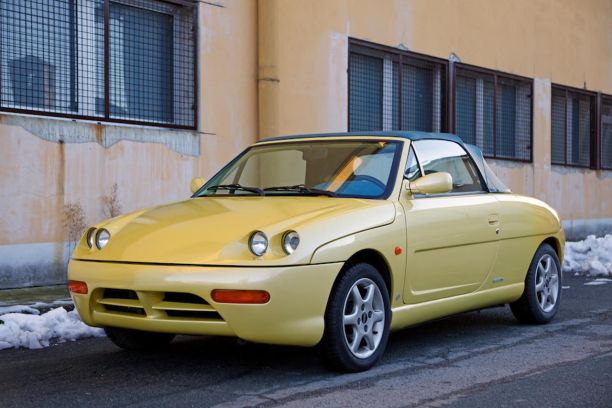 This prototype roadster named Opac Piu will be offered for sale.

The 1996 Opac Piu prototype, a small roadster based on a Peugeot 106 XSi, will be auctioned by Bonhams on February 3, 2022 in Paris. Opac is an automotive supplier specializing in convertibles, little known to the general public but active since 1986.

Opac is an Italian company that designs and manufactures prototypes for various automobile and nautical manufacturers. It sometimes goes so far as to ensure the production of certain cars in limited series. Specializing in convertible tops and hard-tops, the firm presented a small roadster called Opac Piu at the 1996 Turin Motor Show, but it never became a commercial reality. The only existing copy is about to be auctioned in Paris by Bonhams house.

A Peugeot 106 transformed into a roadster

The small yellow convertible, with its two double round lights at the front and rear, can evoke from certain angles the Fiat Barchetta or the Hommell Berlinette, which were its contemporaries. The blue soft top provides a contrast to the bodywork.

These two colors are found in the passenger compartment with much less sobriety, the light blue of the Alcantara upholstery covering up to the dashboard, punctuated with touches of yellow on the seats, the door panels and the steering wheel. A VHS cassette player installed in the trunk is connected to a small screen placed in the center of the dashboard. The car is also equipped with a changer for ten CDs. The technical basis of the Piu is a Peugeot 106 XSi, with a hundred horsepower under the hood for less than a ton on the scale, as a badge visible above the glove box reminds us.

For lovers of unknown cars

The first owner of the Opac Piu was none other than the boss of Opac, Luca Sacco. His wife occasionally used the car, equipped with dealer license plates. The car was acquired by its current seller after he discovered it by chance while visiting the Opac factory. He was then researching the Lancia Hyena, on which the company had been working. Today, the Piu has just under 7,000 km on the odometer. It is estimated between 40,000 and 60 000 € and must be offered by Bonhams as part of the “Les Grandes Marques du monde à Paris” sale, which will be organized on February 3, 2022 at the ephemeral Grand Palais.