Practicing even moderate physical activity could influence the cardiovascular health of children in the long term. It would reduce the risk of later suffering from arterial stiffness. 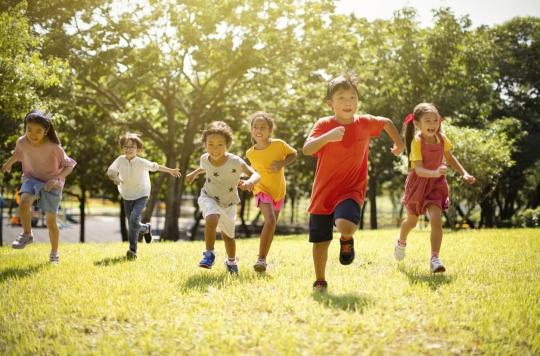 At any age, doctors recommend regular physical activity. Sport is recognized for its virtues on the health of individuals but, from one person to another, its effects are not the same. A new study, published in the journal Journal of Sports Sciencesshows that physical activity could have benefits on the cardiovascular health of children.

Less arterial stiffness in adults thanks to sport…

Arterial stiffness is the fact that the arteries lose their elasticity. Thus, they have more difficulty contracting and expanding, so the blood circulates less well. Generally, it is one of the first risk factors for cardiovascular diseases. If this phenomenon generally occurs in adults, several cases have also been recorded in children. “Our study showed that higher levels of physical activity, moderate or intense, were linked to more elastic arteries and better ability to dilate.explains Eero Haapala, one of the authors. However, our results also suggest that the positive effects of moderate-to-vigorous physical activity on arterial health are partly explained by their benefits on overall body composition.the.” In adults, sports practice, good physical shape and a low level of sedentary lifestyle are the main factors in the prevention of cardiovascular disease.

During their work, the scientists analyzed the lifestyle of 245 children aged six to eight. According to the results, those who did more physical activity, moderate or intense, had healthier arteries. In the future, they thus had less risk of suffering from arterial stiffness. “The main message of our study is that, from childhood, increasing moderate or intense physical activity is essential in the prevention of cardiovascular disease.develops Eero Haapala. However, it should be remembered that each factor is important because limiting a sedentary lifestyle and increasing physical activity have various effects on health, even if they do not have direct effects on the arteries.“. According to the World Health Organization (WHO), a person is considered inactive below 150 minutes of moderate physical activity or 75 minutes of intense sport per week. Thus, it is recommended to practice at least two to three sports sessions per week and walking at least 10,000 steps per day.

Start sport as soon as possible

But at what age should you start the sport? As soon as possible ! Nevertheless, before the age of seven, it is more a question of physical activity: riding a scooter, cycling, rollerblading, playing in the park, etc. The main thing is that the child exerts himself. After this age, we can talk about sports and start registrations in different disciplines so that he tests and chooses. But be careful not to overdo it. According to one American study published in 2013, the age of a child represents the number of hours he can work per week. Thus, at eight years old, you should not exceed eight hours of weekly sport, including physical activity provided at school.