Young people aged 16 to 24 spend (on average) 4.5 hours a day on their smartphone 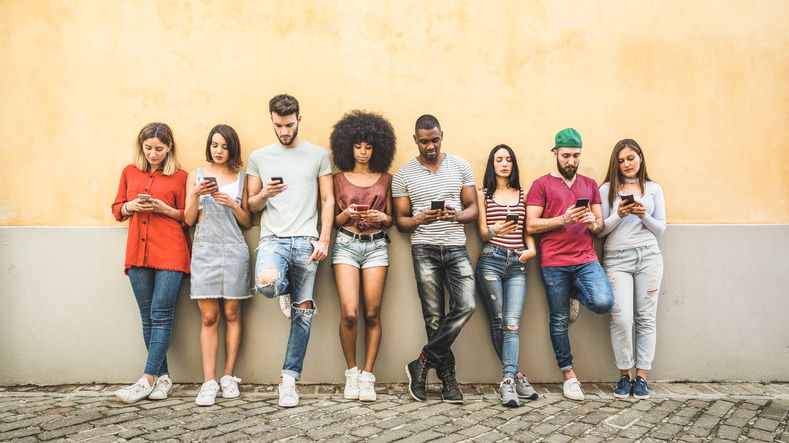 The Association for the Improvement of Sight (AsnaV) has just published its 15th barometer of visual health, carried out in April 2019 among 833 people and 309 young people aged 16 to 24 throughout France.

And the results are not really optimistic for the 16-24 age group… We first learn that young people spend (on average) 4 hours and 36 minutes a day on their smartphone; a sad “record” to which must be added the daily time spent in front of the computer – 5 hours and 18 minutes according to the survey.

Thus, 5.3 million young French people aged 16 to 24 (75%) feel “often” or “from time to time” visual fatigue in front of a screen. This does not worry them unduly: according to the barometer, 2.4 million young people (i.e. 34%) take “no initiative” to remedy this concern: 65% of them do not take “breaks -regular “screen, for example. It should also be noted that 54% of 16-24 year olds do not wear glasses when they are in front of the computer.

15% of 16-24 year olds have never seen an ophthalmologist

But this negligence is not only present among adolescents and young adults since, according to the barometer, while 86% of French people say they “pay attention” to their visual health, 23% only have their sight checked “very rarely”. …

“While 80% of the information that reaches us passes through the eye and inevitably, increasingly small screens, in color, in relief, fixed and portable, will continue to invade the private sphere, the professional world and even in public spaces, the preservation of visual health is clearly one of the great challenges of the 21st century,” says Bertrand Roy, President of AsnaV.

In France, 2 out of 5 elderly people do not wear glasses adapted to their sight

This app “gives sight back” to the visually impaired

Ways to answer your next call without answering

Everything you need to know about Android 13

What is Earth Day for?