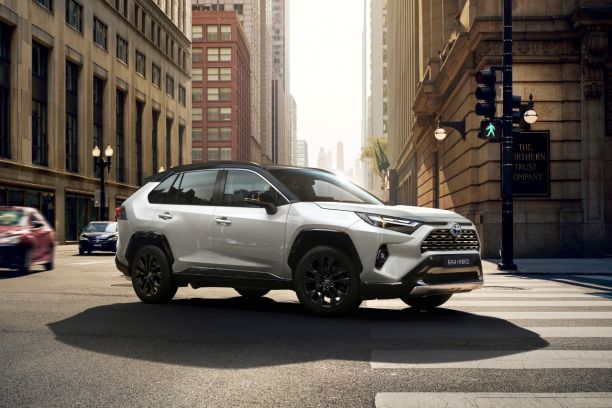 The Toyota RAV4 gains new equipment for its 2023 model year. The Japanese SUV will benefit from a 12.3″ digital counter, as well as a new 10.5″ multimedia screen. Driving aids will also improve. This new RAV4 should be produced from the end of the year.

Toyota is gently upgrading the RAV4 for the 2023 model year. The changes, minimal, focus on the multimedia system, as well as on the driving aids. In addition, the SUV will be able to count on a new color “Pearl Lunar White”, which will be available on all finishes except the Trail. The production of these versions of RAV4 will begin in the third quarter of 2022. The price is currently unknown. The SUV, whose entry ticket starts at €44,000, is one of the models most affected by price increases.

The Toyota RAV4 will also be entitled to new safety equipment. The pre-collision system will be equipped with intersection assistance which will detect the potential arrival of vehicles or the presence of pedestrians on the road. Note that, on the plug-in hybrid variant, this system will also identify parked bicycles and vehicles. The Japanese SUV will also have an avoidance aid in case a person suddenly crosses. In contrast, no change is to be noted on the engine side. The RAV4 will still be offered with a hybrid block of 218 hp in two-wheel drive version and 222 hp in all-wheel drive. The plug-in hybrid variant will use the same 2.5 four-cylinder, to which two electric motors have been added for a combined power of 306 hp.

TO READ. Toyota Corolla (2023). New hybrid engines for the compact

Osteoarthritis of the knee: new technologies to help patients

A large Toyota van, cousin of the Citroën Jumper and Peugeot Boxer

Toyota bZ5. The electric sedan already flushed out in China

Unusual. A Toyota GR Yaris faster than a Porsche 718 GT4