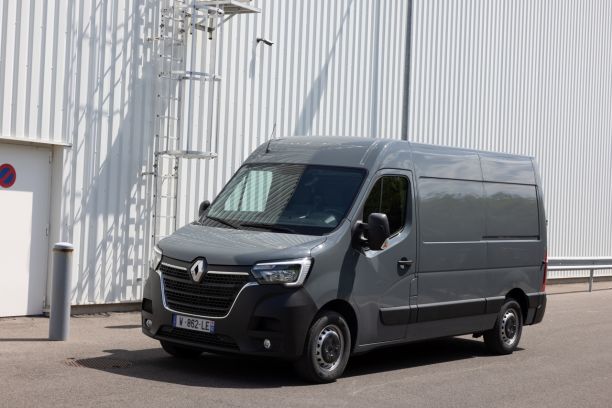 Renault is equipping the electric version of its Master with a new battery to double its range. The utility is renowned for the Master E-Tech occasion, but it retains far too many faults to keep its head above water in the face of the competition.

In 2018, the Renault Master was a pioneer among large utility vehicles with its 100% electric version fitted with the battery and powertrain of the small Kangoo. This Master ZE (for zero emissions), then had a hundred kilometers of autonomy. Sufficient to ensure urban distribution but too fair to attract a large clientele. The new electric version of the Master intends to correct the situation and is renamed E-Tech like the other electric vehicles in the Renault range.

The main evolution of the Electrical Master relates to the adoption of a higher power battery, finally allowing direct current charging. The range is more complete than in the past with fifteen versions instead of six for the van version: three lengths and three heights available in 3.1 t and 3.5 t. A 3.8 t that can be driven with the B license thanks to the derogation concerning electric VUs will complete the range later. The useful volumes of the vans are identical to those of the thermal versions (the batteries being installed in the floor) and vary from 8 to 15 m3. The Master E-Tech is also available as a floor-cab and a chassis-cab.

The new Master E-Tech has a useful 52 kWh battery, from the Renault Zoe, compared to 33 kWh previously. Enough to go from a hundred kilometers of autonomy to 204 km according to the WLTP standard. The charger is now compatible with 22 kW direct current charging, which allows to recover a fifty kilometers of autonomy in 45 minutes. On a domestic outlet, it is necessary to count on at least ten hours to go from 10 to 80% of battery.

In terms of prices, our Master E-Tech test van, an L2H2 3500 version, is displayed at €61,900 excluding tax before a €5,000 bonus. And its standard equipment is not very generous since air conditioning, Easy Life tablet, induction smartphone charger or GPS are optional. Compared to the old Master ZE, the price increase is €1,000.

The 100% electric E-Tech version retains the basic qualities of the Master, namely a welcoming cabin and excellent overall comfort. The weight of the batteries (330 kg) is not felt when driving, which remains pleasant even if the steering is a bit heavy when stationary and does not always provide enough feedback to the driver. The operating silence is naturally high. On the other hand, some elements do not allow the Master E-Tech to support the comparison with some of its competitors. Starting with its performance. With an engine (that of the old Kangoo ZE) of only 57 kW, or 76 hp, do not expect miracles. It is even possible to select an Eco mode in order to preserve the autonomy by deteriorating a little more the road services.

This “small” engine does not lack goodwill with pleasant accelerations. But the maximum speed limited to 80 km/h only is clearly insufficient to consider taking, if only for a few tens of kilometres, a section of road. As for expressways or highways, it is better to forget them at the risk of learning the complete list of insults from truck drivers in many languages. This limitation, which would meet the needs of some Korean customers according to Renault officials, is absolutely not suitable for our roads. The manufacturer admits this problem and should modify the final gear ratio in order to be able to offer a maximum speed of around 100 km/h again.

But other points of detail are annoying, such as the selection of box, auto box way, but without “P” parking mode. To park, it is therefore preferable to remember to apply the handbrake; an operation that is impractical and can become tiring during a large succession of stops, such as during deliveries in town, the vocation of this Electrical Master. Other sources of tension for the occupants: a multimedia system that is starting to date, a height-adjustable steering column only or electric windows but not even on the driver’s side. Details which come, in the end, to depreciate the driving pleasure of the Master E-Tech.

In France, the Renault Master E-Tech must first face the models of the Stellantis group: Citroën ë-Jumper, Fiat E-Ducato, Opel Movano-e and Peugeot e-Boxer (pending the arrival of the model badged Toyota). If the Fiat and the other models do not have the same technology, they generally offer slightly better performance than the Master E-Tech and are also available in many versions (vans and chassis).

It will also be necessary to take into account the Ford E-Transit which plays the performance card with its two ultra-powerful versions (184 and 269 hp) and a maximum autonomy of more than 300 km (WLTP). Difficult for the Master to compete with the large utility Ford, also available in van and chassis-cab. On the German manufacturer side, the Mercedes eSprinter, like the Volkswagen e-Crafter and MAN eTGE twins, are currently only offered in one van size. Their range is around 150 km, and their top speed is over 100 km/h. Things should change in the future with the expansion of these ranges in new variants.

Find the results of the test, the technical sheet and the equipment on the following page.

Depression: Google offers a test to help the diagnosis

Autism: a step towards a biological test

Alzheimer’s: the French would do the screening test if it existed

Alzheimer’s: a virtual reality test to predict the disease from the age of 30

Autism: a saliva test could soon diagnose it