Two specialties of the Charcuterie Bordeaux brand were said to have been contaminated by the listeria bacteria. As a precaution, its products are withdrawn from sale. 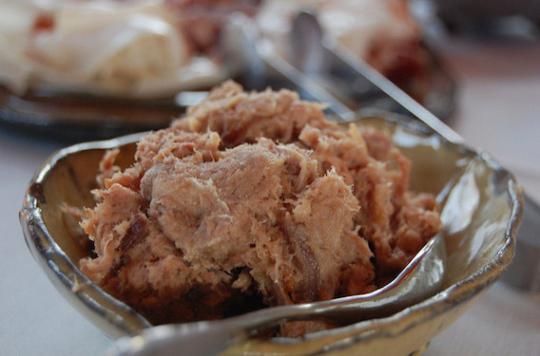 Pure pork rillettes, Landes pâtés with Espelette pepper, goose rillettes, duck rillettes, Landes recipe pâtés, Bordeaux grattons and duck liver grattons, these seven specialties from the Girondine company Bordeaux charcuterie are withdrawn from sale as a precaution, after contamination with the bacteria listeria monocytogenes was found in the first two.

The butcher therefore applies the precautionary principle, “under pressure from the veterinary services,” he said in a press release. It nevertheless disputes the extent of the product withdrawal measure. The incriminated pork rillettes were intended for marketing abroad, and a first procedure proposed for the selective recall of Espelette pepper pate had been validated by the veterinary services. The other products could then have been left available for sale in French stores: according to the company, all the analyzes would indeed have shown that the other products were “free of listeria “.

Human contamination by this bacterium occurs in particular through cold meats and cheese made from raw milk. It is not trivial. It results, at first, by a fever which can be accompanied by headaches. People who experience symptoms within eight weeks of consuming one of the offending products are advised to consult a doctor, specifying a potential infection by listeria.

Pregnant women are particularly at risk: listeriosis, a disease caused by the bacteria, can lead to spontaneous abortions or premature deliveries, or respiratory problems in the newborn. People who are immunocompromised are also more likely to be affected.

An air of déjà vu

This is not the first time that this company has been affected by contamination. In December 2015, the same bacteria led to the recall of 16 products from the same ranges. However, one lot had been returned for sale. “A human error”, was then defended Arnaud Chedhomme, the CEO of Bordeaux charcuterie. An error which had nevertheless cost him a year in prison. No consumer had been infected.

This new affair threatens the group, which employs about fifty people, according to Arnaud Chedhomme, He declared himself “very worried for the future” of his employees and his company, which had suffered significant losses following this first affair .

A telephone line has been opened by the company. For any information, consumers can call 05 56 85 87 11. As of this Thursday, any suspect product of the brand should no longer be available for sale in medium and large-scale retailers.

Zika: a site that assesses the risks of contamination by the virus

How long do you stay contagious after gastroenteritis?

Gastroenteritis: epidemic in France, the Paca region is the most affected

Lactalis: where is the case with infant formula contaminated with salmonella?

Gastroenteritis: some tips to prevent it

Measles: record epidemic in Europe with 41,000 cases in a few months

Listeria bacteria: a batch of contaminated Caesar salads at McDonald’s

Europe: listeriosis epidemic kills 9 due to frozen corn, more infections to be expected

Scabies epidemic in a school in Rennes: what are the health risks?