Lemon diet: how does a detoxification cure work?

Here is how a cure of detoxification of the organism based on a lemon diet works. 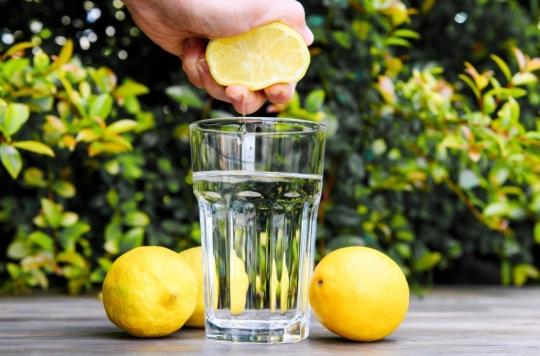 Fasting has never been so fashionable. Whether intermittent fasting or total fasting, new techniques are flourishing. There are even stays organized to fast in a privileged setting. However, the first diets based on fasting are old: in the 1940s, Stanley Burroughs, a naturopath, invented a technique of liquid fasting. The “Master Cleanse Diet” consists of gradually eliminating solid foods and replacing them with fruit juices and a mixture of lemon juice.

“Cleansing is fundamental for the elimination of all kinds of diseaseshe announces in the preamble of his work. The purpose of this book is to simplify the cause and correction of all troubles, whatever their name or names.” At the time, this defender of alternative medicine created this diet to suppress cravings for fatty or sweet foods, alcohol, tobacco or drugs. According to him, it has various benefits: eliminating toxins, cleaning the kidneys and the digestive system, improving blood circulation, preserving youth and skin elasticity. The drastic reduction in food intake also leads to weight loss.

This lemon detox is divided into three stages, spread over ten days. The first phase lasts for three days, where feeding is gradually reduced. On the first day, you must eat only vegetables and whole starches, on the second, only juices and broths and only fresh orange juice is authorized during the last day.

Then, the main phase of the diet begins: the naturopath has developed a mixture based on lemon juice which must be consumed throughout the day. The recipe is as follows: two tablespoons of lemon or lime juice, two tablespoons of real maple syrup, a pinch of cayenne pepper and 200 ml of water. All the ingredients must be placed in a glass container, then it must be shaken to mix. “Use only fresh (organic) lemons or limes, never canned lemon or lime juice, or frozen lemonade or frozen juice”, says the author. For four days, you should drink only this mixture, consuming herbal laxatives if necessary to stimulate the digestive system.

The last three days are a gradual resumption of food: on the first day only orange juice is allowed, then on the second it is possible to drink all kinds of juices and broths and on the last day solid foods are allowed. reinstated.

Stanley Burroughs advises following this diet for at least ten days, and repeating it three to four times a year. In reality, this lemon detox is not to be taken lightly. First, it is strongly discouraged for people suffering from eating disorders, liver or kidney failure. For people with dental problems, consuming lemon in such quantities can be dangerous because the citric acid it contains is harmful to tooth enamel. In general, the lack of nutrients and insufficient calorie intake can generate deficiencies, which will manifest themselves in headaches for example.

“Bulk and cut”: this bodybuilding diet can lead to complications

Weight loss: what is the ideal time to eat your meals?