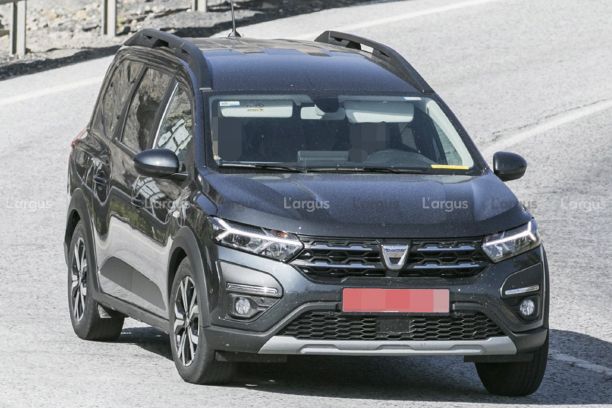 Launched in early 2022, the Dacia Jogger was surprised in Andalusia, the summer playground of Renault group engineers.

Although launched in early 2022, the Dacia Jogger was surprised in southern Spain during a test mission. Six months from the market, the Romanian manufacturer is fine-tuning the development of the first hybrid system, called 1.6 Hybrid.

The start of 2023 will be active for the Dacia Jogger. On the one hand, the raised station wagon will arrive in dealerships in January sporting the brand’s new identity (redesigned grille, new logos and lettering, etc.). However, customers can place an order with the publication since the end of June of the prices which range from €16,790 to €21,600. While the range of engines is limited to the 100 hp 1.0 Eco-G and 110 hp 1.0 TCe, it will expand with the appearance of a non-rechargeable hybrid version.

If the manufacturer had confirmed it for 2023, it had remained quite vague on the marketing calendar. According to inside sources, the Jogger 1.6 Hybrid will arrive at the beginning of February in concessions. Under the hood, the mechanics are known since it is the 140 hp 1.6 E-Tech system already known on the Renault Clio, Captur and Arkana. As shown in the spy photos, it will be called Hybrid at Dacia and will have some technical differences. Indeed, for cost reasons, it will be slightly less sophisticated, as for example in terms of energy recovery during braking. Inaugurated on the Jogger, it will also equip the new Duster in 2024 while its big brother, the Bigster, will inaugurate the 1.8 Hybrid. As for the price, expect a starting price above the €20,000 mark.

Toyota Corolla (2023) price. How much for the restyled hybrid?

Toyota Corolla (2023) test: the compact hybrid is being refined