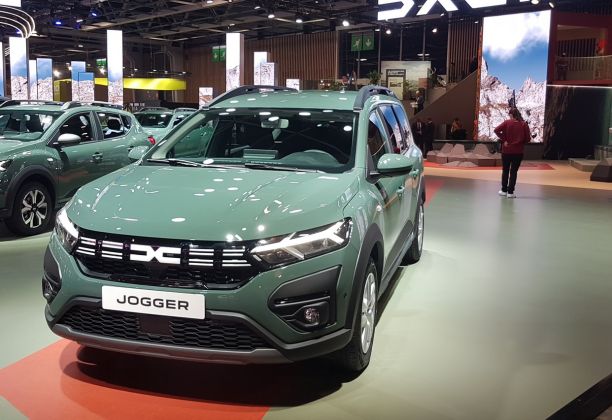 In addition to its new visual identity, the Dacia Jogger unveils a 140 hp hybrid engine, a first for the manufacturer. Derived from the 145 hp 1.6 E-Tech full hybrid of the Renault Clio, it will be marketed from February 2023 at just over €20,000.

The manufacturer has always claimed it: new technologies are only introduced to the market when the time is right. After the electric with the Spring, Dacia is entering the era of the non-rechargeable hybrid and the Jogger will open the ball in February 2023. This choice is linked to the gradual abandonment of diesel which will be effective in early 2024 with the launch of the third generation of the Duster.

In order to support the reduction of CO2 emissions imposed by Europe, Dacia has no choice but to convert to hybrid. A fair return of things because, for the record, the Ecobox project born in 2010 was originally studied for the Romanian brand. Since then, the 1.6 E-Tech system has been generalized within the Renault group, which has made it possible to partially amortize this technology. Good pick, Dacia will benefit from it at a lower cost than when it was launched on the Renault Clio in June 2020. Technically, the 1.6 Hybrid is almost identical to that of Renault. However, the Jogger will only have the latest development which will arrive in 2023 on the restyled Clio and Captur. The latter will benefit from a slightly more powerful 1.3 kWh battery instead of 1.2 kWh. If the prices are not yet communicated, the Jogger Hybrid will exceed 20,000 €.

Toyota Corolla (2023) price. How much for the restyled hybrid?