Weight loss: what is the ideal time to eat your meals?

The time we eat has an influence on weight loss. Concentrating meals during a specific period of the day would thus help to lose weight. 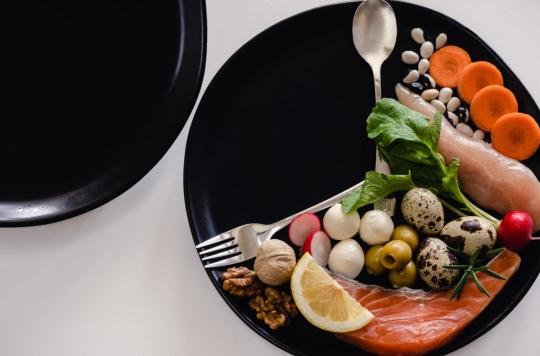 Eat only during certain periods of the day, and deprive yourself of food the rest of the time. This is the principle of intermittent fasting. But scientists question the effectiveness of this method. In JAMA Internal Medicinea team of researchers from the United Kingdom, Pakistan and the United States publishes the results of a research carried out on the subject.

“It is unclear how effective intermittent fasting is for losing weight and body fat, and the effects may depend on the timing of the diet.”, explain the authors in the preamble to their study. They compared the effects of a time-restricted diet, or intermittent fasting, to that of a no-limit diet, spread over a period of twelve hours or more. To achieve this, they recruited 90 adults with obesity for a trial carried out over 14 weeks between August 2018 and April 2020. The participants were all adults, aged 25 to 75, and had already undergone treatment for obesity. weightloss.

For intermittent fasting, participants could eat from 7 a.m. to 3 p.m., while following calorie restriction instructions. The others could eat at the times they wanted, while adopting the same caloric restrictions. At the end of the study, intermittent fasting allowed a greater weight loss, six kilos on average, against 4 kilos for the diet without time constraints. On the other hand, the researchers observed a lower effectiveness on fat loss, at first. A second analysis of the results showed that it was ultimately equally effective on both aspects, i.e. weight loss and fat loss, but the authors believe that further work, focused on fat loss, is needed to confirm these results.

Their study shows other benefits of intermittent fasting. Thus, the participants in this group had better diastolic blood pressure, which corresponds to the pressure exerted by the blood on the walls of the vessels when the heart relaxes between two beats. These people also seemed less prone to mood disorders, such as fatigue, lack of vigor or depression. On the other hand, all other cardiovascular risk factors, such as sleep or physical activity, were similar between the two groups. In July, another study showed that intermittent fasting allowed nerve regeneration. Before starting, however, it is better to seek medical advice.