Stress: the cyclic sigh is more effective than meditation in reducing it

A new study proves that certain breathing exercises, including the cyclical sigh, perform better than mindfulness meditation in reducing stress. 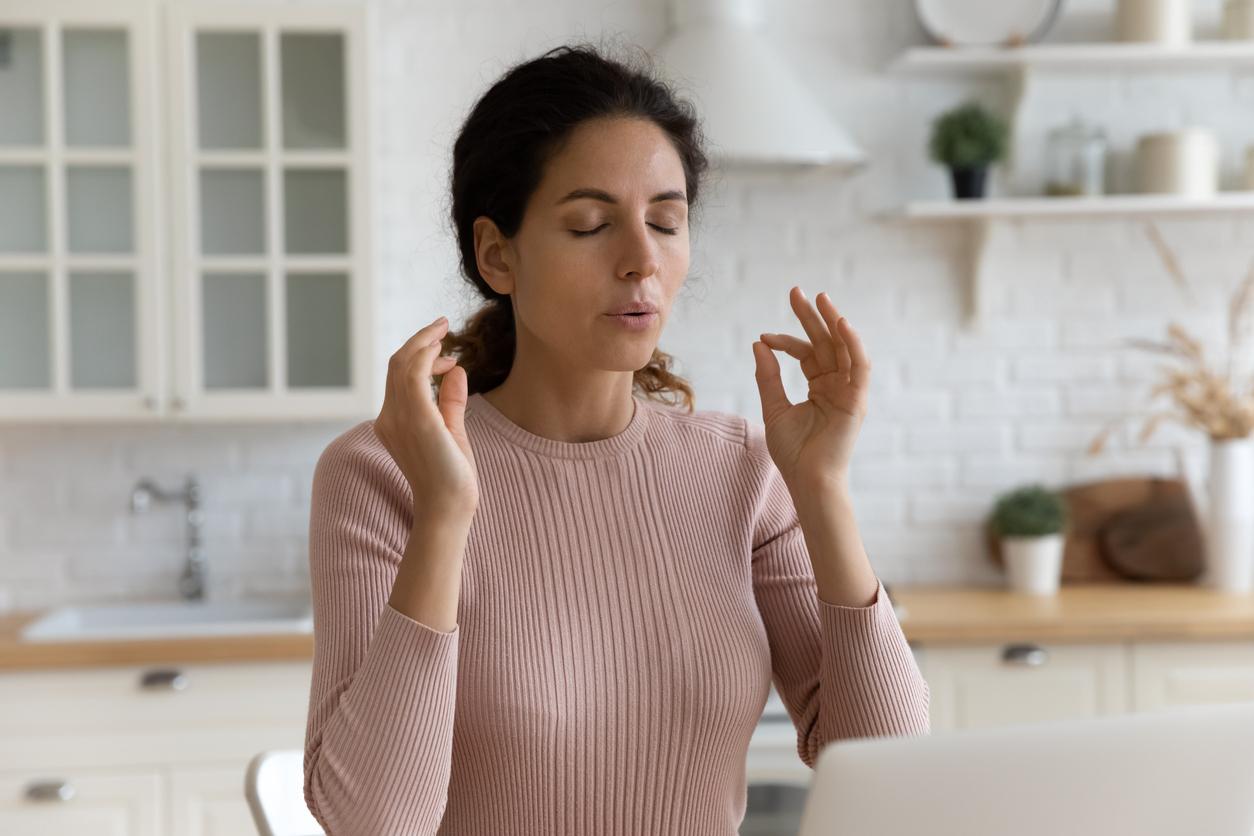 A team of Stanford University researchers found evidence that people who engage in a breathing exercise called cyclical sighing achieve greater stress reduction than those who engage in mindfulness meditation. Their results were published in a article published on January 10 in the magazine Cell Reports Medicine.

Stress: what type of breathing exercise is the most effective?

Previous research has shown that although stress can sometimes have a positive influence, such as causing people to do things they know they should do, more often than not it is considered harmful because it can lead to health problems such as high blood pressure. Thus, relaxation techniques have been developed to help everyone reduce stress without resorting to medication. One such technique is mindfulness meditation, in which a person attempts to relax by being in the moment and disengaging from thoughts for a period of time. Other techniques involve breathing exercises. In this new study, researchers compared three types of breathing exercises and mindfulness meditation to assess their effectiveness.

The three types of breathing exercises tested included the cyclic sigh, in which the exhalations are longer and more pronounced than the inspirations; box breathing, a slow, deep breathing technique in which breathing and holding are performed for the same amount of time; and cyclical hyperventilation, in which inspirations last longer than exhalations.

90% of participants found the experience positive for their well-being

The research for this study was conducted online during the pandemic when stress was unusually high for most of us. 114 volunteers practiced one of these stress-reducing exercises for five minutes every day for a month at a time of their choosing. Each participant kept a stress diary to assess the effectiveness of their stress reduction activities.

Researchers found that 90% of volunteers said they found the experience brought them positive feelings. They also observed that participants using breathing exercises had greater stress reduction than those who practiced mindfulness meditation. Finally, they also noticed that those who sighed cyclically reported the greatest reductions in stress compared to other breathing techniques. “Controlled breathing directly influences respiratory rate, which can cause more immediate physiological and psychological calming effects (…)“, they detail in their writings.

IVF: men who drink alcohol are less likely to have a child

Be more optimistic: “We must learn to write other stories about the future”

Dementia: being stressed or exhausted after 45 years would increase the risks

Too much stress? Here’s what to eat (for at least 4 weeks) to reduce it

Meditation: a track against dementia in the elderly?