A young Aussie has lost 34kg in just 10 months without going to the gym thanks to a ‘non-negotiable’ rule. He reveals his method for losing weight in a TikTok video. 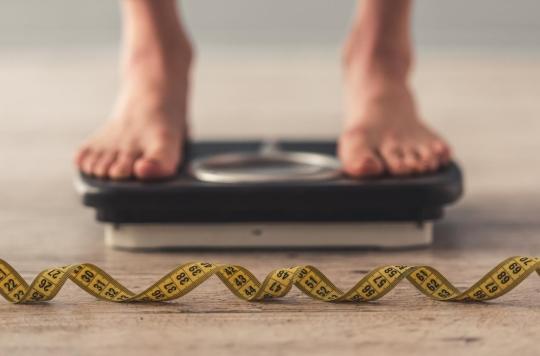 Lose 34 kg in 10 months… This is the challenge launched by the tiktokeur Myke Jay, whose story is reported in an article in the DailyMail. When in July 2020, this 27-year-old Australian from the city of Brisbane reached the 124 kg mark, he stopped weighing himself, disgusted by his appearance. Four months later, in November, he decided to completely change his way of life. He manages to apply a “non-negotiable” rule to himself every day.

11 kg lost in a month thanks to HIIT training

“Every morning, seven days a week, I did a HIIT workout for 30 minutes – non-negotiable”Myke said in a video on his TikTok account. Even in the most difficult times, he manages to stick to his daily routine. In the video, Myke shared a photo of a workout he completed on Nov. 15 where he burned 428 calories in 29 minutes. His workouts consisted of alternating 45 seconds of high-intensity exercise and 15-second breaks for 30 minutes.

“By doing this every day and limiting the amount of sugars and things I ate, I lost almost 25 lbs in a month”, he explained. On April 1 – just five months later – Myke has already lost 30 kg. Today, he says he is proud of what he has accomplished: going from a size 3XL to a size medium.

Slimming diet: “The most important thing is to find what works for you”

The young man also succeeded in redefining his vision of food. He stopped “demonizing food” and classify it as “good” or “bad”: “You just decide what you put in your body and how much you put in it.” “The most important thing is to find what works for you, to go at your own pace and not do it for another – we do it for ourselves”he adds.
In just 48 hours, the video has been viewed over 153,000 times and received over 19,000 likes. It is currently at over 187,000 views.

Losing a lot of weight would rejuvenate the brain

One Chip Challenge, this Tiktok challenge is dangerous for the health of young people!

Choking child: do not put your fingers in your mouth to help him

A shrink reveals what your profile picture says about your personality

Drink 4.5 liters of water a day? A dangerous TikTok challenge!