Explanation of lung cancer in non-smokers

In the presence of air pollutants, some cells can turn into cancerous stem cells in non-smokers. Explanations of lung cancer linked to air pollution. 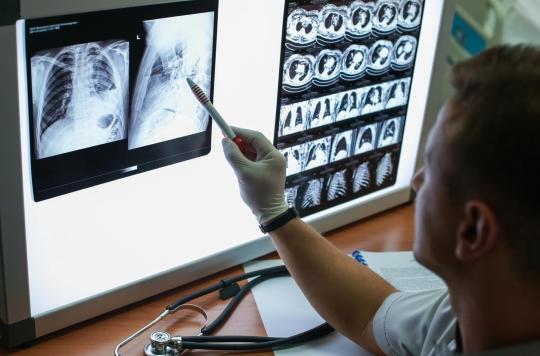 “The risk of lung cancer [dû à la pollution atmosphérique] is certainly weaker than that linked to smoking, but we do not control what we breathe, explains Professor Charles Swanton, main author of a study presented on Saturday September 10 at the congress of the European Society of Medical Oncology (ESMO) on the link between air pollution and lung cancer in non-smokers. Our actions against climate change, which involve reducing pollution, are closely linked to our health”.

Every year, there are 250,000 deaths from lung cancer worldwide due to air pollution linked to fine particles PM2.5. These are particles suspended in the air whose diameter is less than 2.5 micrometers.

Lung cancer affects non-smokers. Until now, scientists had observed this phenomenon due to atmospheric pollution, but without being able to really explain it… It is now done, thanks to the work of the team of Pr Charles Swanton. Researchers have discovered the mechanism by which air pollutants cause lung cancer in non-smokers.

The scientists first observed that the fine particles caused changes in two genes naturally present in the body, the EGFR and KRAS genes. If they are not mutated, these genes do not cause lung cancer.

But, “alone, these mutations are probably not enough to lead to cancer, develops Professor Charles Swanton. But when you expose a cell to pollution, it probably stimulates some sort of reaction.” inflammatory, and if “the cell harbors a mutation, it will form a cancer”. It is therefore the mutation combined with the inflammatory reaction – two phenomena due to atmospheric pollution – which trigger the tumoral transformation of certain cells of the respiratory tract, which can thus become cancerous stem cells.

“It is exposure to pollutants that increases their carcinogenic potential, says Professor Swanton. You need a promoter to induce cancer. It is a model which had been theorized as early as 1947, but which has been neglected. Cigarette smoke is, of course, also a promoter. And you have to wonder about vaping”.

According to a study published in 2019 in the journal European Heart Journalair pollution is responsible for nearly 9 million deaths worldwide.

Lung cancer: these signs should alert you

Why do some “heavy smokers” never get lung cancer?

What psychological flaws does smoking hide?

How fine particles can cause lung cancer

Global warming will accelerate the occurrence of cancers