Children who grow up in poverty, who are neglected or face serious illnesses in their family are more likely to develop cardiovascular pathologies in their adult life. 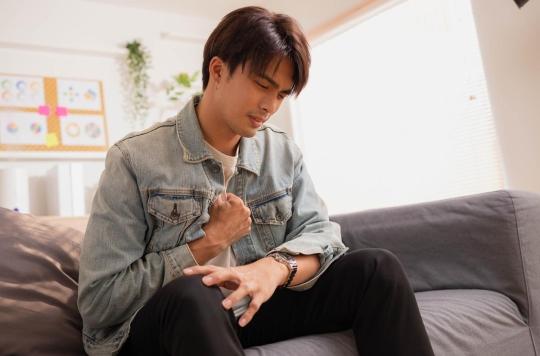 Children who have faced adversity – illness, death, insecurity, neglect or difficult family relationships – are more at risk of having cardiovascular problems in early adulthood. This is suggested by a new study recently published in theEuropean Heart Journal.

A risk of cardiovascular disorders increased by 60%

To reach these conclusions, researchers at the University of Copenhagen followed until 2018 nearly 1.3 million children born and living in Denmark between 1980 and 2001, the largest cohort ever used for this subject. ‘study. They were divided into five groups according to the difficulties experienced between the ages of 0 and 15: those who experienced little adversity, those who suffered material deprivation (due for example to poverty and unemployment among parents), those who suffered persistent deprivation through adolescence, those who lost (or nearly lost) a loved one to death or serious illness, and finally, those who experienced great adversity (covering all types of adversity, especially dysfunctional and stressful family relationships).

During the study period, 4,118 participants suffered from cardiovascular disease between their sixteenth birthday and the end of 2018. And a link was quickly established: “We found an approximately 60% higher risk of developing cardiovascular disease in young adults who experienced childhood adversity” compared to those who have not experienced it, says Professor Nara Julvej Rod, lead author of the research, in a communicated. “This was especially true for those who had experienced a death in the family or serious illnesses, such as cancer or heart or lung disease.”

But why such an association? It can partly be explained, according to the researcher, “by behaviors that can affect health, such as alcohol consumption, smoking and physical inactivity”. Young adults who have been chronically exposed to adversity during their childhood would indeed be more likely to respond to stress by taking refuge in this type of unhealthy behavior, which is the bed of many serious pathologies.

The link between social inequalities and cardiovascular diseases would therefore no longer need to be demonstrated. “This underscores the importance of research into non-genetic risk factors in early life that can be targeted for early prevention”insists Nara Julvej Rod. “Identifying the social origins of such adversity and securing support structures for struggling families could potentially have long-term protective effects.”

Autism increases the risk of diabetes and heart disease