Alzheimer’s: a high-fat diet during pregnancy would reduce the risk in children

According to a study carried out on mice, children whose mothers develop Alzheimer’s as they age could be protected by a high-fat diet during pregnancy. 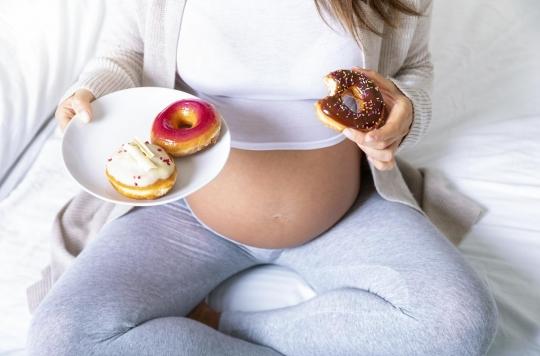 More than 35.6 million people are affected by Alzheimer’s worldwide and 7.7 million new cases are diagnosed each year, according to the WHO, which warns of the growing increase in the disease. Indeed, the number of people affected is expected to double every 20 years to finally reach 152 million in 2050. However, researchers may have found a way to prevent the onset of this affliction in people at risk. Indeed, while people whose mother suffers from Alzheimer’s are more likely to develop the disease in turn, a diet high in fat during pregnancy could protect them, reveals a new study published on August 27 in the journal Molecular Psychiatry.

“In humans, we know that people whose mothers develop Alzheimer’s disease after the age of 65 are at increased risk of developing the disease at around the same age”, explains Doctor Pratico of Temple University in the United States in the preamble to the paper. However, until now, no gene responsible for a supposed maternal transmission could be identified. This therefore suggests that environmental factors such as lifestyle or appropriate nutrition during pregnancy, a period during which mother and baby are in close interaction, could have a significant influence on the risk for the child of develop the disease later.

To better understand the unique relationship between maternal Alzheimer’s and childhood risk, he and his colleagues studied mice engineered to develop the disease and fed some of them to a high-fat diet throughout pregnancy. . After birth and during lactation, mothers switched to a conventional diet.

In detail, the babies of mothers subjected to a high-fat diet showed a significant improvement in synaptic function compared to the others. Synapses are where neurons come together to relay information. They play a vital role in learning and memory formation.

What’s more, these children had lower levels of beta-amyloid, an abnormal protein that accumulates in neurons, contributing to nerve cell dysfunction and possibly significant impairment in memory and learning.

Then, looking for the possible mechanisms behind this positive effect, the researchers discovered that the offspring of mothers who had had a high-fat diet had reduced levels of three genes involved in Alzheimer’s: beta-secretase, tau and the pathological tau regulatory gene CDK5.

The FOXP2 protein in play

From the earliest stages of development, the mothers’ high-fat diet had turned off these three genes by increasing the activity of the FOXP2 protein. The latter would therefore protect children from the subsequent decline in brain function and the development of Alzheimer’s.

Thus, “our results suggest that, to be effective, the prevention of Alzheimer’s disease must probably begin very early in life, during gestation”, explains Dr Praticò. “Diet at this specific stage of life may have critical, but underestimated, long-term impacts on brain health,” he concludes. He and his colleagues now plan to compare the effects of a high-fat diet with those of high-sugar and high-protein diets and those of Mediterranean-style eating habits.

Nearly 225,000 new cases of Alzheimer’s diagnosed each year in France

A short time ago, researchers demonstrated that the latter could protect the elderly from cognitive decline. According to them, this diet rich in vegetables, olive oil, whole grains and fermented dairy products, would indeed improve brain connectivity and performance on cognitive tests.

Today in France, nearly 3 million people are directly or indirectly affected by Alzheimer’s, according to the association France Alzheimer. Nearly 225,000 new cases are diagnosed each year and by 2020, France should have 1,275,000 patients, worries the association.