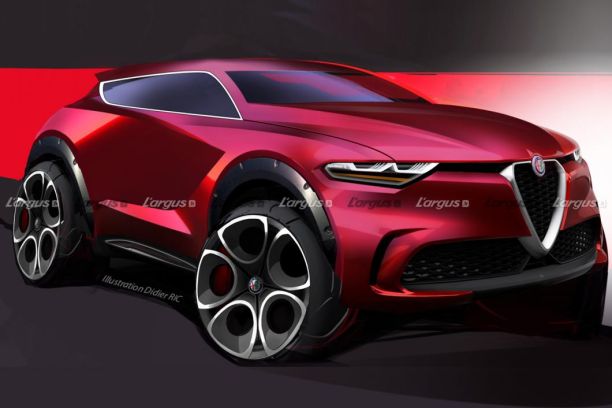 The Alfa Romeo boss has confirmed to the Italian press that an urban SUV will join the range in 2024.

In an interview granted to the Italian press, Jean-Philippe Imparato announced that the next urban SUV would not be called Brennero and that it would be launched in 2024. For the name of this cousin of the Peugeot 2008, bets are off.

After the Tonale, Alfa Romeo will expand its catalog with the launch of an entry-level urban SUV that will make up for the disappearance of the MiTo and Giulietta. During a round table with the Italian press, the boss of the brand, Jean-Philippe Imparato, confirmed that this new model would be launched in 2024. He also mentioned his surname. “The name of the B-SUV will not be Brennero. We are thinking about the naming strategy, we have the name in mind: it will be something very respectful of Alfa’s history.” he indicated.

TO READ. Alfa Romeo is preparing a large electric SUV

The bets are open

Therefore, the manufacturer could bring out an old name from its catalog. There are many of them (Montreal, GT, GTV…), but those that would fit best with this type of urban vehicle would be Alfetta (little Alfa in Italian) and Junior. Funny thing, the internal teams of Jeep have baptized their future small urban SUV, Junior, while waiting for the final surname which will be revealed at the beginning of September.

The technical cousin of the Peugeot 2008

The transalpine SUV will be manufactured at the Fiat plant in Tychy, Poland, alongside its two cousins ​​from Fiat and Jeep. If the latter two are developed on the CMP basis of the DS 3 Crossback, the Alfa Romeo will use, like the Peugeot 2008, the stretched version of this platform for the simple and good reason that he will claim a larger size (between 4.20 and 4.30 m). Under the hood, it will house the new 1.2 PureTech (100 and 130 hp), which will also be available in a mild-hybrid version with the new e-DCT Punch Powertrain gearbox. Like the restyled Peugeot e-2008 (during 2023), the little Italian will inherit the new 100 kW (136 hp) electric motor manufactured jointly by Nidec and PSA, as well as an evolution of the Chinese CATL battery. Its presentation should take place towards the end of 2023 for a launch in the spring of 2024.

Renault Austral (2022). Opening of pre-orders for the new SUV

Volkswagen Touareg (2023). This is what the SUV could look like