What is the best way to transport bicycles by car? 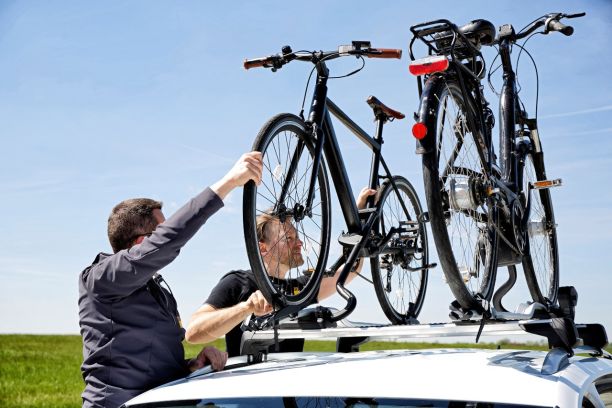 The ADAC compared the three main bike rack systems to determine how best to transport your cycles.

Are you planning to take your bikes on vacation? The ADAC compared the three main systems of bicycle racks: on the roof, on the trunk and on the hitch. Find out which device ensures safety, ease of use and limited overconsumption.

Are you planning to take your bikes on vacation and are you wondering about the best device to secure them? To help you in your choice, the reputable German automobile of the ADAC compared the three main bike rack systems: on the roof, the tailgate and the tow ball. Discover its tests and the verdict on the most practical, safest and most economical installation.

According to the ADAC, the best way to transport bikes in the car is with the platform bike carrier attached to the tow ball*. Located at the right height, this system can be installed easily by a single person and makes it possible to load the bikes without difficulty, unlike the bike rack on the trunk. Operation which is even more complicated for the device on the roof. On the other hand, when it comes to accessing the trunk, the installation on the roof is a hit. This is not the case with the fixing system on the tailgate. As for the attachment system on the hitch, it can switch to release the tailgate.
The comparison carried out by the ADAC also includes crash tests. During an impact at 30 km/h, the bicycles installed on the roof fell. This is also true for those attached to the tailgate. As this system is attached to the top of the boot, a risk of tipping backwards has been noticed. Finally, the bikes fixed on the tow hook remained in place.

Up to 44% more consumption

At a time when a liter of fuel is exchanged at a golden price, overconsumption is a non-negligible point to take into account. And it’s once again the bike rack on the trailer hitch that stands out. In his tests, the ADAC noted a consumption of 8.4 l/100 km at 130 km/h, an increase of 6.3% compared to a trip without a bike rack installed. The other two systems lead to a much greater increase in consumption: 34.2% for the roof system and 44.3% for the tailgate system. In the first case, the wind resistance is much stronger but the arrangement of the bikes in the direction of the road limits the damage. For the bike carrier on the trunk, the air flow is strongly disturbed. Hidden by the bodywork, bicycles placed on the tow ball have a lower impact on consumption.

Pay attention to the payload

Remember to check the load allowed by the bike rack. According to the ADAC, the attachment system on the roof makes it possible to attach bicycles weighing up to 20 kg, while that of the tailgate makes it possible to receive bicycles weighing 25 kg and 30 kg on the tow ball. In the case of a gallery system, also pay attention to the maximum payload of the roof of the vehicle. You will usually find it in the user manual. And don’t forget that your height is no longer the same. Think about it, for example, when approaching toll gates, a supermarket car park or a tunnel. In any case, it is recommended to check the installation regularly and to ride at an appropriate speed, especially in strong winds.

*installation is possible aftermarket from €350 in a car center

People pay more for a digital car than a real one

One in three fatal car accidents linked to lack of sleep

Solid battery. Where is the announced future of the electric car?

Forgotten Baby in a Car Syndrome: “It Can Happen to Anyone!”

Mask in transport: will it be (again) compulsory?

Renault 5 Diamond. A pop and colorful show car for the 50th anniversary of the R5

Car market. Fall of 16.3% at the end of June, Renault returns to Peugeot

Huge electric Hummer can make you even bigger with software