Senior: reading and running, essential for their cognitive health 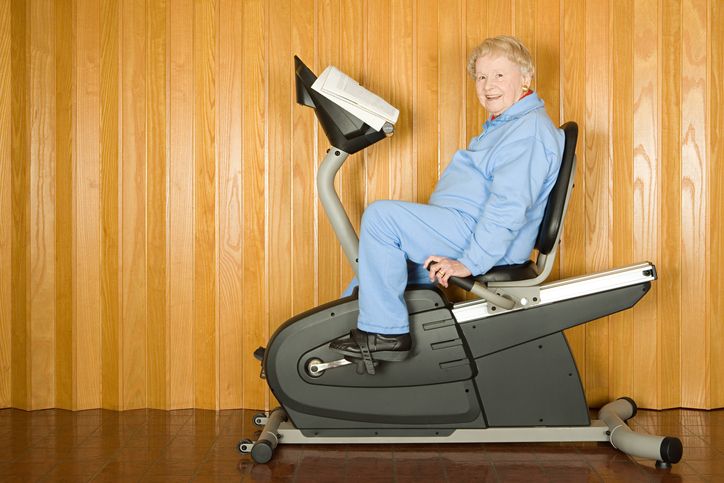 The elderly should not neglect the practice of physical activity and the practice of cognitive activity, according to the results of a study published in the medical journal Brain Imaging and Behavior. Both types of exercise are complementary and necessary for maintaining gray matter volume and against cognitive decline.

Inserm researchers conducted a study with 45 people aged 72 on average. The volunteers were asked about their level of daily physical and cognitive activity, and underwent brain imaging.

“Until now, we knew that physical or cognitive activity could have a benefit on the plasticity of certain brain regions, and in particular those which are known to be sensitive to aging. But these studies did not make it possible to determine the distinct benefit of each of them on brain health” explains Eider Arenaza-Urquijo. “In this work, we were able to establish it by directly comparing their effects measured within the same study”.

The researchers observed that older people who frequently engage in sports and cognitive activity have a higher volume of gray matter. They show less cerebral atrophy than inactive people. The increase in the volume of gray matter is noted in particular at the level of the prefrontal cortex and the hippocampus, two regions affected by the neurotoxic mechanisms of dementia, such as Alzheimer’s disease. Physical or cerebral activity, imaging shows fine differences in the cerebral regions concerned. Physical or cognitive activities would therefore have an additional benefit in delaying the effects of brain aging.

“Our results suggest that cognitive activity and physical activity are beneficial at any age, even in the elderly. Those who have the capacity and the desire for it should not hesitate to practice one and/or the Our study also shows that there is a “dose effect”: the higher the level of activity, the more the cerebral volumes of gray matter are increased”.

Cognitive decline: should you train your brain?