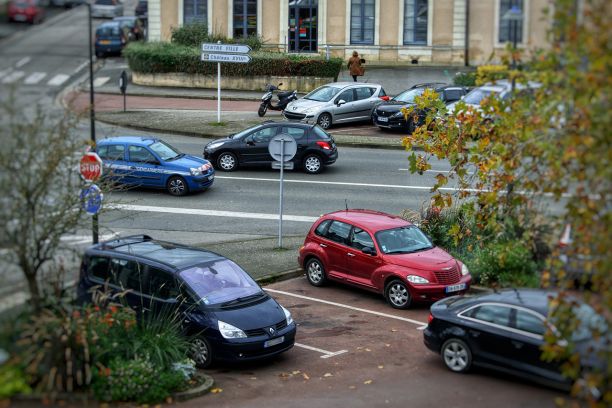 Pay attention to the maximum time allowed when parking.

When you park your vehicle, pay attention to the maximum parking time, otherwise you will get into trouble. If exceeded, there is a risk of impoundment that could lead to the sale or even the destruction of the vehicle by the State services. Here are the rules to know.

In some cities, parking is sometimes a real headache. The duration of parking is in fact often variable depending on the zones and types of stops. Regardless of the rules that may be enacted locally, the Highway Code prescribes a maximum parking time that should never be exceeded if you want to be sure of finding your vehicle at the place where it was parked.

A maximum duration of 7 days and local exceptions

According to the article R. 417-12 of the Highway Code, the maximum duration of parking on the public highway or its outbuildings is 7 days unless the municipality has issued a decree to set a lower duration. This text is applicable to all vehicles, whether cars, heavy goods vehicles or even scooters and motorcycles, the parking of which will be paid for in Paris from 1er next September (for thermal two-wheelers only).

Most major cities have maximum parking times shorter to regulate traffic and preserve public space. In Paris, for example, the maximum parking period is 6 hours for visitors and 7 days for residents and sedentary professionals on so-called “mixed” lanes, in the 4 zones located near their home or establishment. . In Marseille, it is only possible to park in the same location for 24 consecutive hours.
After 7 days or the shorter duration in force in the city where the vehicle is located, parking is considered abusive. This is a fine of 2th class liable to a fixed fine of €35 which may be increased to €75. But that’s not all, because the risk of impoundment is also incurred.

TO READ. Paris. Motorcycles and scooters will have to pay for their parking

A risk of impoundment in the event of overtaking

If the driver is absent or refuses to move his vehicle, the latter may be immobilized before being taken to the pound. In this case, the impoundment will be notified to the owner of the vehicle by registered letter with acknowledgment of receipt (LRAR) within 5 working days and the latter will at the same time be asked to repossess his vehicle. He will then have a period of 15 days to recover it, this period being reduced to 10 days if its market value is deemed insufficient. And to take back his vehicle, the offender will have to pay the fine for excessive parking, the costs of immobilization, removal and daily custody of the vehicle in the pound.

After the period of 10 or 15 days depending on the case, the vehicle will be considered abandoned and may be destroyed or handed over to the domain service to be sold at auction. A hypothesis far from being marginal since there were no less than 45,000 abandoned vehicles in France in 2019. A last chance is however offered to the stunned owner since he can take back his vehicle until it is sold. A rescue in extremis which will cost additional costs because it will also be necessary to pay the costs of sale to the domain service.

Stable filming and charging at the same time with GoPro Volta

Acting for the environment takes time…

Pollution: for the first time, microplastics found in the human body

Law. Would a “radar” smartphone app be legal in France?

Towards a “tobacco-free generation” in New Zealand

Do you believe in the law of attraction?

Daylight saving time: should you take melatonin to sleep?

How can you help your child understand the concept of time?