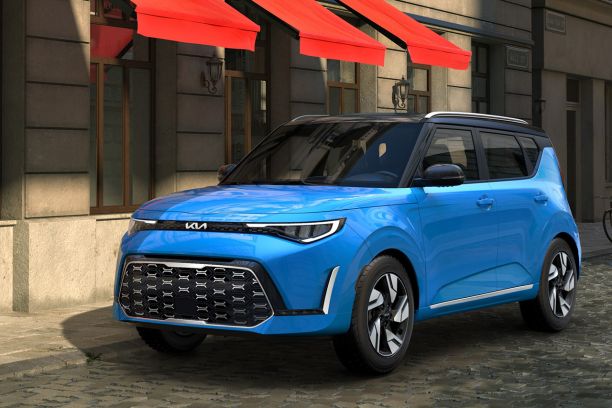 The 3rd generation of the Kia Soul offers a restyling, expected in 2023 in France. What’s new for the compact crossover? Here is a 1st “owner’s tour” with images of the thermal model, while waiting for those of the electric version, the only one to be offered in France.

In the Kia catalog, in the urban SUV/Crossover segment, two models share the poster: the Stonic, launched in 2017, and the Soul marketed since 2008. The latter has always been distinguished by its very cubic lines. Sa 3and generation, launched in 2018, was no exception to the rule, and it is not its restyling that will upset this atypical silhouette. Operated in this month of May in the United States, this facelift will only land with us in 2023.

The changes are visible, but discreet. The optical units adopt a less slender form since they now combine all the lighting functions (turn signals, fog lamps) formerly positioned on two floors.

The light signature evolves. The logo for its part leaves the end of the hood to fit better between the headlights. Shields are also redesigned. As for the huge “mouth” at the bottom of the front bumper, which benefits here from a specific treatment, it will be slightly different on the 100% electric version, the only one to be marketed in France. The location of the charging socket is in fact at this level. At the rear, we find the very straight bezel and the vertical boomerang lights. The main change here comes from the arrival of vertical reflectors. Kia also announces that new 17 and 18-inch alloy wheels will be offered as an option.

On board, the restyled Kia Soul can have a classic or flat steering wheel that Kia seems to reserve for the GT Line version, unavailable in France. On the other hand, the new 100% digital instrument cluster with a stylized design should be part of the trip. The central 10.25 ” screen remains present. The gear lever is specific to this American thermal version. An induction charger appears just above the central storage compartment and a USB-C socket now accompanies the traditional USB socket. In the rear seats, the foot of the armrest now also has two USB-C sockets.

Only electric in France