The RTU of Travada in PrEP ends. The drug can be prescribed to all people at high risk of HIV infection. 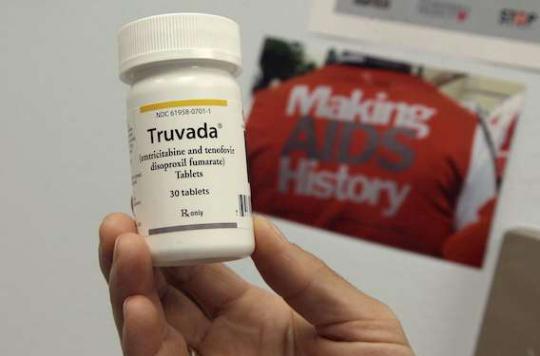 PrEP is no longer being tested in France. In a week, the preventive treatment will be approved like any drug delivered on the territory. Indeed, on February 28, the Temporary Recommendation for Use (RTU) of Truvada in HIV prevention will end. From this date, the drug will enter the “normal” circuit.

It is necessary to recall here the course of this preventive treatment which aims to limit new contaminations by HIV. Truvada is a combination of two HIV reverse transcriptase inhibitors (emtricitabine and tenofovir disoproxil fumarate). Since 2005, it has had European marketing authorization (MA) for the treatment of HIV infection.

Administered as a preventive measure before risky sexual intercourse (in pre-exposure prophylaxis, or PrEP), it helps to avoid being contaminated by the virus. In January, France set up an RTU in order to offer this drug to people exposed to a high risk of sexual infection.

The RTU is a device by which a drug that does not yet have an MA can be delivered subject to specific monitoring and reinforced prescription conditions. “To date, more than 3,000 people have received Truvada in this context”, specifies the Medicines Agency (ANSM) in a communicated.

Today, the RTU is no longer justified. The laboratory has in fact requested an MA extension for Truvada in PrEP, which it obtained in August 2016. By announcing the end of the RTU, the ANSM therefore acknowledges the French application of this extension.

In practical terms, this means that PrEP can now be prescribed to all people exposed to a high risk of acquiring HIV-1 through sexual intercourse. The dosage is one tablet per day for the continuous scheme (for the sequential scheme: two tablets per ratio, one 24 hours later and another 48 hours later). “The treatment will be initiated by a hospital specialist and/or practicing in CeGIDD. It may be renewed by the general practitioner, within the limit of one year, as is currently the case in the treatment of HIV infection, ”specifies the agency.

Truvada in PrEP is not without side effects. The ANSM thus recalls “the risk of renal toxicity linked to tenofovir disoproxil fumarate”, as well as “the risk of seroconversion under treatment which may be associated with the appearance of resistance mutations in HIV”. Regular follow-up, including HIV testing at least every three months and monitoring of kidney function, is therefore essential.

To ensure that the prescription and taking of this medication is carried out smoothly, the agency provides risk reduction documents for patients and healthcare professionals (information brochure, checklist, reminder of how to take the medication and appointments, etc.).

PrEP is part of a strategy to fight HIV based on multiple tools. It reflects a pragmatic vision and aims to stem new infections, especially among populations where their number is not decreasing, or not enough. However, as the ANSM reminds us, this “diversified strategy” also includes “in particular the promotion of the use of condoms, which protect not only from HIV but also from other sexually transmitted infections”

Sexuality: more than a million new cases of STDs every day

New developments in the case of genetically modified babies

HIV: why some people control the virus without treatment

When will you go into cardiac arrest? An AI can answer!

Heart failure: to prevent it, remember to hydrate yourself!