Garlic, a repelling weapon against bacteria 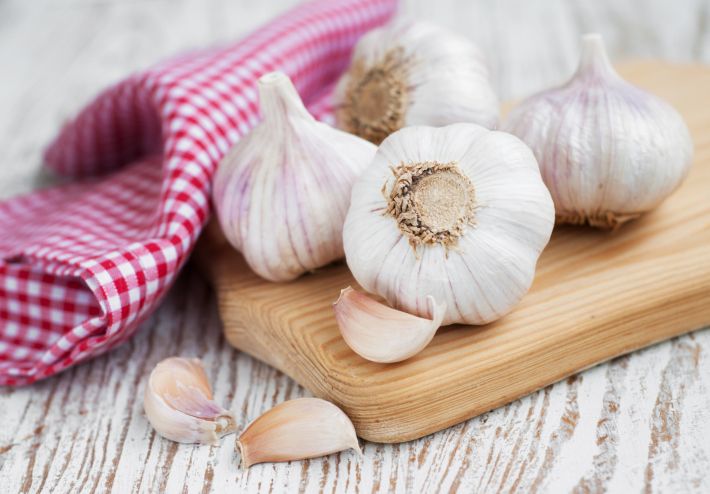 A discussion with someone who has just eaten aioli can quickly end. If garlic is a potential brake on human communication, it is also for bacteria. Tim Holm Jakobsen, a researcher at the Faculty of Medicine in Copenhagen conducted the survey. He discovered that a substance found in garlic, ajoene, would be able to destroy virulent bacteria. In his experiment, the bacterium analyzed was Pseudomonas aeruginosa, a pathogenic bacterium responsible for 11% of nosocomial infections.

“We knew that garlic contained a compound capable of neutralizing resistant bacteria by paralyzing their communication system”, explains Tim Holm Jakobsen, quoted by the RedOrbit site. “In my thesis, I show that ajoene prevents the bacteria in question from secreting the toxin that destroys white blood cells.”

“White blood cells are essential because they play a crucial role in the immune system, not only to ward off infections but also to eliminate bacteria,” adds the author. Ajoene supports and improves conventional treatments with antibiotics, according to the researcher who was able to observe it on mice and biofilms (gathering of microorganisms on the same surface).

To be truly effective, ajoene must be combined with antibiotics. It would then eradicate more than 90% of bacteria.

A combination of ajoene and antibiotic

Ajoene could therefore arouse the interest of researchers at a time when alarms are raised about the increased resistance of bacteria to antibiotics. Given the low concentration of ajoene per clove of garlic, there is no point in taking a garlic cure in the hope of boosting your immune system: “Ajoene is present in such small quantities in garlic that ‘you would have to consume 55 pods per day to see the desired effect, tempers Tim Holm Jakobsen. We hope that the pharmaceutical industry will take an interest in it and produce ajoene on a large scale. “

Console yourself, garlic is still interesting to put on the plate. It has multiple health benefits (antiseptic, anti-hypertensive, intestinal disinfectant) and, more surprisingly, beauty virtues (against warts, acne, for the beauty of hair and nails).

Genetics influence the bacteria in our gut

Bacteria in our gut are much less numerous than expected

Are intestinal bacteria involved in depression?