Processed foods have a negative impact on mental health according to research. 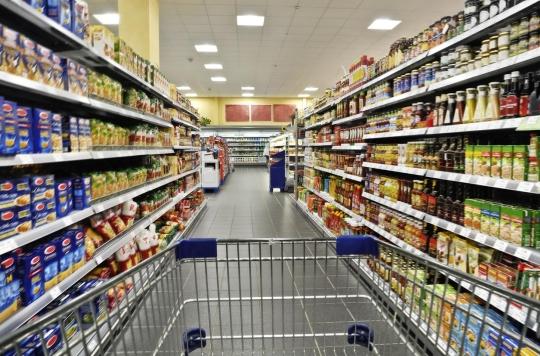 Autumn often rhymes with low morale due to falling temperatures and dwindling light… and the transition to winter time planned for this weekend will probably not help things, especially for those who suffer from seasonal depression.

To approach this period as calmly as possible, it is wise to avoid certain foods with deleterious effects on mental health. This is particularly the case for processed products.

Processed foods are present in most products in supermarkets

Indeed, according to an American study conducted by researchers at Schmidt College of Medicine at Florida Atlantic University (FAU) on the impact of these types of foods on mental health, people who consume large amounts of ultra-processed foods show more anxiety and occasional moments of depression.

This is particularly the case for sodas, all prepared meals and sweet and savory snacks, according to the government site. Eat Move which provides an exhaustive list. These foods now represent nearly 70% of industrial labeled and packaged products in supermarkets, according to Anthony Fardet, food engineer.

Processed foods are dangerous for physical and mental health

Convenient, inexpensive, quick to prepare or ready to eat and resulting in significant “physical, biological and chemical processes“, they are deficient in natural foods and impact physical health by participating in particular in weight gain and obesity.

“Ultra-processing foods depletes their nutritional value and also increases the calorie count, as ultra-processed foods tend to be high in added sugar, saturated fat and salt, while being low in protein, fiber , vitamins, minerals and phytochemicalssaid Eric Hecht, the study’s author and associate professor affiliated with FAU’s Schmidt College of Medicine.

But the impact on the psyche is also real since these foods lead to harmful chronic inflammation in our second brain, the intestines, which affects about our brain health. Thus, according to the study, people who ate ultra-processed foods daily had significant increases in anxiety and depressive disorders:Compared to people who ate the least ultra-processed foods, those who ate the most were 80% more likely to have symptoms of mild or more severe depression”, report the researchers. The “sad days” identified by the researchers were 20% more numerous for consumers of industrial meals.

To recognize them, the government site Eat Move offers some tips and advice on how to find your way around them, avoid them and thus stay on your plate: read the labels carefully and track down the presence of additives, emulsifiers or simply ingredients (maltodetxrine, hydrogenated oils, modified starch, etc.) reserved for industrial use and which are not used in home cooking.

Pizzas, crisps, cereals… These foods should be classified as drugs

Pregnancy: foods to avoid when you are pregnant

Monkeypox: mutations undermine the effectiveness of vaccines and treatments

Pancreatic cancer: it could be diagnosed up to 3 years earlier

Mental health: houses that are too cold are detrimental to well-being