Brain: how it manages space and time

Neuroscientists have managed to identify the brain circuit that encodes the synchronization of events and have realized that our brain encodes time and space separately. 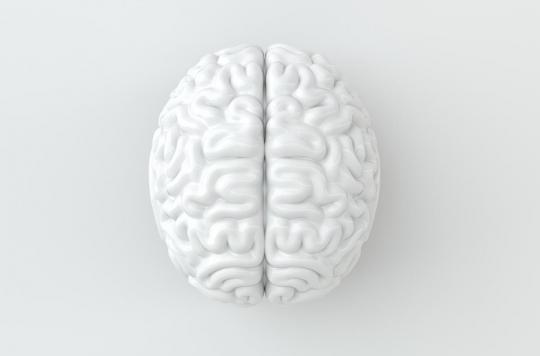 When we experience a new event, our brain registers a memory not only of what happened but also of the context, including the time and place of the event. A new study by American neuroscientists at MIT sheds light on how the timing of a memory is encoded in the hippocampus and suggests that time and space are encoded separately. The results were presented on December 7 in the journal PNAS.

CA1 in charge of time

In a study conducted on mice, researchers identified a hippocampal circuit that the animals use to store information about when to turn left or right in a maze. When this circuit was blocked, the mice were unable to remember which direction they were supposed to turn next. The disruption to the circuit, however, did not appear to alter their memory of where they are in space. “There is an emerging view that ‘placement cells’ and ‘time cells’ organize memories by mapping information to the hippocampusdescribes Chris MacDonald, a researcher at MIT and lead author of the study. This spatial and temporal context serves as a scaffolding that allows us to construct our own timeline of memories..”

In 2011, researchers from MIT and Boston University discovered cells that keep track of time in a part of the hippocampus called CA1. They found that these cells exhibit specific timing-related gating patterns when mice are trained to associate two stimuli – an object and a smell – that are presented with a 10-second delay. When the delay was extended to 20 seconds, the cells were able to adapt. “It’s almost as if they form a new representation of a temporal context, a bit like a spatial contextsays Chris MacDonald. The emerging view seems to be that cells of place and time organize memory by mapping experience to a representation of context that is defined by time and space..”

CA2 in charge of space

In the new study, the scientists looked at which parts of the brain can feed CA1 synchronization information. Some previous studies have suggested that a part close to the hippocampus, called CA2, may be involved in time tracking. To study the links between CA2 and CA1, the researchers used a mouse model in which they used light to control the activity of neurons in the CA2 region. They trained the mice to perform a figure-eight maze in which they would earn a reward by turning left and right each time they navigated the maze. Between each trial, they ran on a treadmill for 10 seconds and during this time they had to remember which direction they turned in the previous trial, so that they could do the opposite in the trial at to come.

When the researchers turned off CA2 activity while the mice were on the treadmill, they found that the mice failed to perform the same tasks, suggesting they can no longer remember which direction. they had rotated during the previous test. “When animals are functioning normally, there is a sequence of cells in CA1 that turn off during this time-coding phasedescribes Chris MacDonald. When you inhibit CA2, what you see is that CA1’s time encoding becomes less precise and more spread out in time. The mouse becomes destabilized.”

Information can merge or separate depending on the task at hand

When the researchers used light to inhibit CA2 neurons as the mice navigated the maze, they found little effect on the CA1 cells that allow the mice to remember where they are. “Findings suggest that spatial and temporal information is encoded by different parts of the hippocampusconcludes the researcher. One thing that’s exciting about this work is the idea that spatial and temporal information can work in parallel and can merge or separate at different points in the circuit, depending on what you need to accomplish from a memory perspective..”

MacDonald now plans further studies on time perception, including how we perceive time in different circumstances and how our perception of time influences our behavior. He would also like to know if the brain has different mechanisms for keeping track of events separated by seconds and events separated by much longer periods. “Somehow the information we store in memory preserves the sequential order of events on vastly different time scales, and I’m very interested in how we are able to do this.”, he rejoices.

A cocktail to delay brain degeneration

Bipolar disorders: we now understand their impact on the brain

I take care of… my brain

Alzheimer’s disease: an innovative machine to identify lesions in the brain

Parkinson’s disease: it would be due to an overheating of the brain