The seven Primary candidates from the left answer the health questions of Pourquoidocteur. The former Minister of National Education, Benoît Hamon, opens the series. 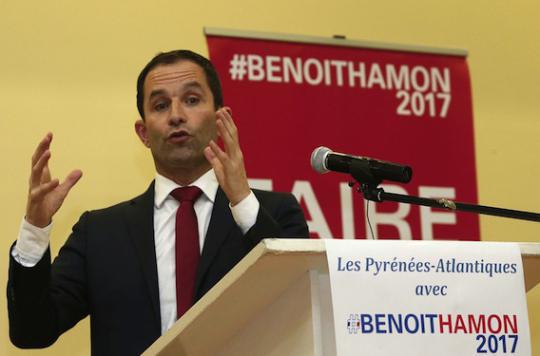 After the success of the Primary of the right and the center (4.4 million voters in the second round) which crowned François Fillon, it is the turn of the French left to elect its candidate (January 22 and 29 2017) for the presidential election. And a change should be noted compared to the previous election, health is at the center of the debates. Health insurance, hospital… the French wanted to hear about it, they are served.

But a few days before the first televised debate (1), whydoctor wishes to expand the list of medical topics to be covered (cannabis, environment, etc.). Our series of interviews with the seven candidates for the Primary of the Belle Alliance Populaire opens this Monday with Benoît Hamon.
Neck and neck in the polls with Arnaud Montebourg (or Manuel Valls) for second place, the deputy of Yvelines claims to have proposals to make the heart of France beat.

The community will no longer be able to bear the cost of innovative drugs. Should we devote a specific budget to the management of these therapies, and how to finance it?
Benoit Hamon : These innovative drugs are a tremendous opportunity for patients and their families. They promise to cure once incurable pathologies. However, I reject the presupposition that would have France be forced to accept the outrageous prices demanded by certain manufacturers: 41,000 euros while the production cost is estimated at around a hundred euros, this is unacceptable. Obtaining price reductions is imperative. For this, I would like greater transparency in the negotiations. We must also strengthen the resources of the agencies that evaluate the effectiveness of drugs. If ever some laboratories refuse to listen to reason, I do not rule out resorting to the automatic license which allows us to produce certain generic drugs, which are much cheaper.

To ensure the coverage of health expenses, should compulsory reimbursements be limited to serious and/or chronic illnesses (health basket), or should action be taken on financing by widening the base of deductions (for example with the CSG )?
Benoit Hamon : Reserving the “big risk” for Social Security and the “small risk” for private insurers is nonsense. Nobody knows how to say what a “small risk” is. Tooth decay can become a “big risk” if not treated in time. There is no magic formula to lower our health care costs. They increase by 2% each year due to aging but also to innovations and progress made. Instead of placing the burden on the sick, let’s first fight against fraud in contributions and benefits, let’s reduce the cost of unnecessary treatments, unjustified hospitalizations, “non-quality costs”, and above all let’s really engage in a serious policy of prevention to improve the health status of the population.

The hospital must both reconcile medical excellence with its social missions. Given budgetary constraints, does activity-based pricing (T2A) seem appropriate to you for this dual requirement?
Benoit Hamon : Unquestionably not. The perverse effects of this method of financing are well known. By setting identical prices on the territory and ignoring the real production costs, the T2A overvalues ​​and undervalues ​​certain disciplines. With T2A, the patient follows the money, not the other way around. It transforms the hospital into a “machine for producing” acts and subjects the staff to deleterious management. It organizes competition within each establishment and between establishments instead of encouraging cooperation between teams. We will have to reopen the file of health tariffs, according to the rules of the art, by working on long data, by comparing with other countries, by simulating, and above all by having a more intelligent and benevolent approach to hospital.

One in four GPs will not be replaced by 2025. How do you intend to fight against medical deserts?
Benoit Hamon : In the countryside, in urban areas, doctors are rare. When he retires, he is not always replaced. It is a public health problem if part of the population no longer has access to primary care. To remedy this, I propose the creation of a National Mission for Access to Care to inform, coordinate and facilitate the installation of doctors in areas in demand. In addition to incentives, we must avoid concentrating doctors in areas where they are very present. Like what is already done for physiotherapists, pharmacists, dentists, I propose that if a doctor decides to settle in an over-endowed area, he will no longer be contracted with Health Insurance, except that a colleague leaves the territory (retirement, departure).

France is the European champion in cannabis consumption. It is also the country with the most prohibitive law. Should the use be decriminalized and should the State organize the production and distribution of cannabis?
Benoit Hamon : France has chosen prohibition. It does not work. We use far too much cannabis, especially among young people. Prevention messages are clearly insufficient. I am committed to legalizing cannabis because I would rather kill the traffic than it kills our young people. In addition, this will allow better control of the toxicity of the cannabis placed on the market. And the money that will no longer be spent on repression will be devoted entirely to prevention. I do not overlook the toxicity of cannabis. It is a harmful product all the more so when smoked with tobacco. It is therefore a global fight against addictions that must be waged, in particular against alcoholism and smoking, by investing in health education and prevention.

In a manifesto, French doctors acknowledged having helped lesbian couples and single women to resort to PMA abroad. Can we continue to reserve it for heterosexual couples?
Benoit Hamon : As on many subjects, we must avoid hypocrisy, it never advances the debate. French women who are alone or in a couple with another woman go abroad to get help to have a child. This is a reality because French legislation prohibits them from accessing this method of assisted procreation. I believe I have been consistent on this issue. I am in favor of medically assisted procreation (PMA) for all women. I take this opportunity to recall my opposition to surrogacy (GPA) which is practiced in certain countries because I consider this to be a real commodification of the womb.

What would be the first concrete measure you would adopt to limit the harmful effects of pollution in our daily lives? And when?
Benoit Hamon : We live surrounded by a wide variety of pollutants. These substances seriously harm our health. Polluted air is the cause of 48,000 premature deaths each year. The urgency is to organize the end of diesel, by 2025, to make way for electric vehicles. Pesticides are suspected of causing cancer. Farmers are the first victims. The withdrawal of the most dangerous is essential and we must accelerate the transition to organic farming. The reasoning applies to endocrine disruptors very present in our daily lives (cosmetics, food containers, etc.) A drastic protection policy aimed primarily at pregnant women and children is necessary. It is the role of politics to protect the health of the most French people.

A higher risk of early heart attack in cannabis smokers

Mothers use cannabis… to be cooler with their children!

51% of French people in favor of the decriminalization of cannabis

Mental health: there is not enough evidence on the benefits of therapeutic cannabis

Sexual experiences under drugs: cannabis, MDMA and cocaine are the most consumed