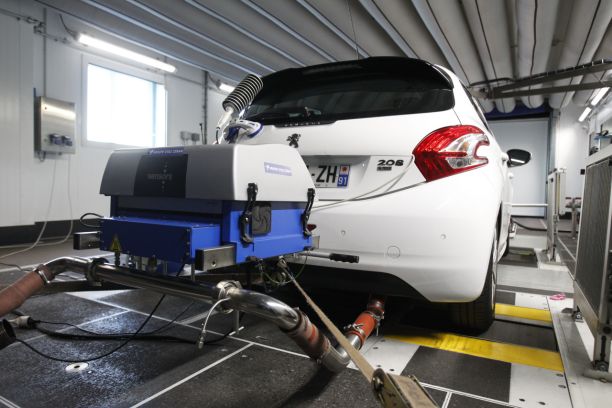 According to a study commissioned by Transport & Environment from Yougov, the majority of European motorists would agree to pay more for their new car if it reduced their polluting emissions.

Up to €500 more: this is the sum that nearly 80% of European buyers would be willing to pay to buy a cleaner new car, according to a study by the Transport & Environment association. But these conclusions should still be taken with a grain of salt.

While everyone obviously wants ever cleaner cars, improving emission control systems is never completely free. But are motorists really ready to accept this additional cost? This is the subject of a study commissioned by Transport & Environment from Yougov. Rather accustomed to defending the cause of 100% electric, in the face of rechargeable hybrids in particular, the NGO this time asked 8,228 adults from seven European countries if “Regulations should oblige car manufacturers to reduce pollution from new petrol and diesel cars as much as technically possible? » A question to which 76% of respondents were in favor, with an identical score for the French alone and even going up to 89% in Italy. However, in a way, this amounts to pushing an open door since the Euro standards have already taken care of this since the 1990s throughout the European Union…

The second question put forward was formulated more precisely:
“Car manufacturers can drastically reduce car pollution for less than €500 (less expensive than optional paint), would you be willing to pay this extra cost for a new car?“
This time, the rate of positive responses remains positive, but drops to 65% overall and even to 56% in France, which thus places itself as the most timid country on this aspect. Unless it is rather the most realistic? Because if Transport & Environment likes, as usual, to accuse the car manufacturers’ lobby of dragging its feet, all the responsibility cannot lie with it. The new car also seems to have become a luxury for many buyers, as evidenced by the ever-lower share of sales to individuals in France and the records broken last year by the second hand market.

The emissions of the occasion in question

Even if the extra €500 mentioned by the NGO seems low, it would not help to improve the situation, especially since they would be far from being the only factors of inflation: the obligation to add new safety equipment between 2022 and 2026, such as intelligent cruise control or automatic emergency braking, will also help to drive up bills.

In addition, the organization does not explain how it arrived at this sum of 500 €, while no one yet knows what exactly will be included in the future Euro 7 pollution standard. In short, this study remains too focused on certain aspects. However, it does not completely forget the question of the occasion: according to Transport & Environment, 50% of the buyers of second-hand models questioned would also like their acquisition to respect a minimum legal pollution limit. An observation that pushes this time the NGO to campaign for a control of pollutant emissions throughout the life of the vehicle, and not only during its first years of existence.

The Lépine Competition and its automotive innovations