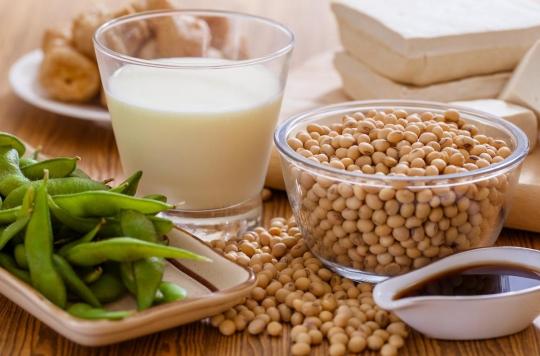 Bronchial asthma causes symptoms such as wheezing and coughing due to chronic inflammation of the airways. Currently, there is no treatment to prevent against these. In a new study, the results of which were presented on September 26 in the journal NutritiansJapanese researchers from the University of Osaka have shown that a product, called ImmuBalance and fermented soy, suppresses airway inflammation in asthmatics.

This study is not the first to show the benefits of soy. “The relationship between soy consumption and allergic diseases has been reported epidemiologically in the pastnoted Hideaki Kadotani, first author of the study. This suggests that components of soy may have anti-allergic effects.” Specifically, it has been reported that gut microbiota imbalances may be involved in the immune system and allergic diseases. “Fermented dietary fiber, like that found in soy, may have beneficial effects in models of allergic asthma”, adds Kazuhisa Asai, author of the study.

Researchers have found that asthma-associated white blood cells, called eosinophils, are found to be significantly reduced in bronchoalveolar lavage fluid after ingestion of foods fortified with asthma. ImmuBalance. Along with a decrease in inflammation and mucus around the bronchi, the team found a suppression of proteins that induce eosinophilic inflammation.

Too many side effects in steroids

In the study, the effects of gut microbiota imbalance on asthma were examined by giving foods fortified with ImmuBalance to mice, and comparing them to others who received a placebo. In the group treated with ImmuBalance, the researchers found that the number of eosinophils in the bronchoalveolar lavage fluid was significantly reduced. In addition, inflammation around the bronchi and mucus production in the bronchial epithelium were suppressed. In addition, the expression of Th2 cytokines and serum IgE of immunoglobulins, which induce eosinophilic inflammation, were measured and found to be significantly suppressed compared to mice fed a normal diet.

“In clinical practice, inhaled steroids are the mainstay of asthma treatments, but they are known to have undesirable side effects.concluded Tomoya Kawaguchi, senior adviser to the study. Our results suggest that the consumption of fermented soy products should be recommended as a complementary asthma coping strategy with fewer side effects..”

Be careful not to abuse soy

Despite these results, caution should be exercised when consuming soy. The recommendation is to ingest no more than one soy product per day. ANSES also recommends avoiding the consumption of soy products for pregnant women and children under three years of age. In 2019, the UFC-Que Choisir association warned that soy is an important source of phytoestrogens, which could be endocrine disruptors and promote certain cancers, or even act on the fetus, young child or fertility.

World Asthma Day: how to better control it