A Korean study observed that a flavonoid compound found in hibiscus herbal tea could prevent and treat Alzheimer’s disease. 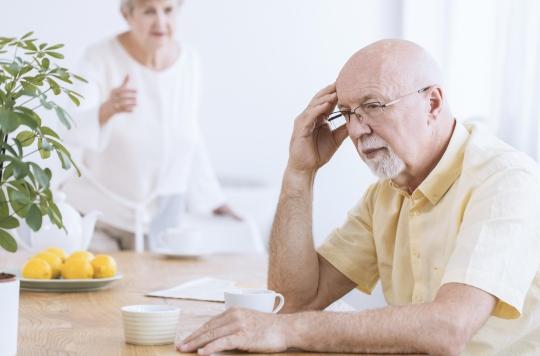 Alzheimer’s disease is characterized by brain damage that gradually leads to neuronal death. This pathology leads to a progressive loss of memory and certain intellectual functions.

For the time being, there is no treatment that can cure Alzheimer’s disease. A recent study from the Pohang University of Science and Technology (South Korea), however, suggested that hibiscus-based herbal tea could help combat this neurodegenerative pathology. Their work has been published in the journal Alzheimer’s Research & Therapy.

The gossypetin present in hibiscus would prevent cognitive decline

Alzheimer’s disease begins when aggregates of Aβ and Tau proteins form deposits in brain tissue. Microglia, a set of immune cells controlling neuronal synapses, internalizes these aggregates in order to protect the brain. But by dint of being exposed to it, the microglia end up being depleted, which causes a chronic inflammatory reaction and damage in the nerve cells. As a result, the victim suffers from cognitive decline and progressive memory loss.

Professor Kyong-Tai Kim and Kyung Won Jo, researchers in the Department of Life Sciences at POSTECH, studied the flavonoid compound gossypetin, present in hibiscus tea. “Gossypetin activates microglia. The research team has also demonstrated that microglia eliminate beta-amyloid (Aβ) in the brain to improve cognitive impairments caused by Alzheimer’s disease”can we read in the study.

As part of this research, scientists administered gossypetin to mice with Alzheimer’s disease. Three months after the start of the research, the memory and cognition disorders in the rodents were almost restored. The study also observed a reduction in Aβ protein aggregates in the brain tissue of the mice.

Alzheimer’s disease : “Gossypetin from hibiscus will contribute to the development of a drug”

In the future, clinical trials are planned to develop treatments containing gossypetin. For Professor Kyong-Tai Kim, “the elimination of Aβ aggregates deposited in the brain is effective in preventing and treating dementia (…) Hibiscus gossypetin will contribute to the development of a safe and affordable drug for patients suffering from Alzheimer’s disease.”

Memory: cerebral electrodes would restore it (in part)