Actor Chris Hemsworth discovered that he was 8 to 10 times more likely to develop Alzheimer’s disease because of a genetic predisposition identified during a test. 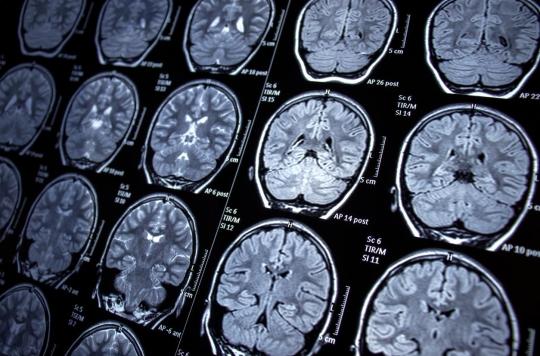 “I’m gonna go home and take a huge break and rest, explained actor Chris Hemsworth to the magazine Vanity Fair. I just want to enjoy being with my children and my wife”. During this interview, Chris Hemsworth confided that he had “eight to ten times more risk“to develop Alzheimer’s disease, compared to the rest of the population.

A genetic test to screen for Alzheimer’s disease

Alzheimer’s disease is a neurodegenerative pathology. Its symptoms are sometimes difficult to analyze, even for a doctor, because the diagnosis is complex. It is first necessary to identify the cognitive findings of the patient, based on the feelings and the difficulties of the person – those of his entourage as well – as well as on tests of memories, mental state and other functions. cerebral. By crossing all this data with other factors such as age, the practitioner can make a diagnosis.

But how Can Chris Hemsworth know that he will suffer from this pathology? On filming a documentary series, he had to do a genetic test. As a result, he discovered that he had two copies of the APOE4 gene…

A study published in 2019 in the journal Journal of the American Medical Association: Neurologyshows a link between the APOE4 gene and Alzheimer’s disease, more specifically the aggregation of Tau proteins.

There are two types of lesions that destroy the neurons of patients with Alzheimer’s disease: that of amyloid plaques around the neurons and neurofibrillary degeneration. But it is the second type of lesion that allows us to better understand the case of Chris Hemsworth.

The study showed that the APOE4 gene was linked to the deposition of Tau protein toxins in the brain. Having two APOE4 genes is very rare since it only concerns 2 to 3% of the population.

Thus, at only 39 years old, the actor already knows that he has 8 to 10 times more risk of suffering from Alzheimer’s disease. A piece of news that is difficult to accept because there is currently no no curative treatment for this pathology.

Memory: cerebral electrodes would restore it (in part)

Alzheimer’s disease: a derivative of the hormone of love could reduce the disorders

Dementia: this drug against diabetes would reduce the risk by 22%