Vaccination of caregivers: the state of play

While France is facing an intense flu epidemic, Marisol Touraine puts on the table the principle of compulsory vaccination for caregivers. 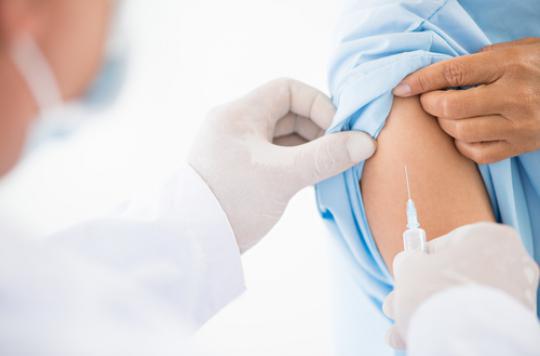 The seasonal flu epidemic is reviving the debate around the compulsory vaccination of caregivers. Visiting Sainte-Perrine hospital (Paris, 16th arrondissement), the Minister of Health, Marisol Touraine, did not rule out this proposal and admitted that it was “on the table”.

This proposal is motivated in particular by the low vaccination coverage of health professionals. Only recommended, the influenza vaccine is injected in less than one in three healthcare workers in health facilities. But great variations exist between professions.
If more than half of doctors are vaccinated, barely 25% of nurses and midwives are vaccinated as well as 19% of nursing assistants.
According to Martin Hirsch, director general of Assistance Publique – Hôpitaux de Paris (AP-HP), these rates are much lower: a quarter of doctors and 10% of paramedics have been vaccinated against the flu.

On the other hand, in retirement homes, caregivers are quicker to be vaccinated: 64% of doctors, 38% of nurses and 29% participate in vaccination campaigns. However, these rates remain below the European targets of 75%.

A provision that already exists

A situation that has lasted for years. In 2006, parliamentarians had nevertheless tried to improve vaccination coverage in France by including the vaccination obligation of caregivers in the public health code. But a few weeks later, a decree from the Minister of Health, Xavier Bertrand, appears and suspends this provision.

Technically, the Ministry of Health would only have to lift the ban by canceling this decree. A measure that could support the National Council of the Order of Physicians. Asked by Why, the president of the ordinal authority Patrick Bouet recently confided to us that “it would be a measure of common sense to add protection against epidemics”.

Patrick Bouet, President of the National Council of the Order of Physicians: ” Since the facts show that this vaccination is not sufficiently extended we could support a measure which aims to make it compulsory … “

On the side of nurses, the vaccination obligation does not put off either. “It is a question of ethics and deontology. Caregivers, and nurses in particular, have a duty to set an example, ”said Karim Mamedi, Secretary General of the Order of Nurses (CNOI), while stressing that priority should be placed on awareness campaigns aimed at caregivers and nurses. ‘entourage of vulnerable people

Karim Mameri, general secretary of the National Order of Nurses: ” If caregivers, especially nurses, do not get vaccinated, they question the flu vaccination and its effectiveness. I think there is a need for exemplarity …“

Bronchiolitis: a vaccine soon to be tested in Île-de-France