Unexplained hepatitis: a survey launched in the United States

The Centers for Disease Prevention and Control announced on Friday, May 6, the launch of an investigation into 109 cases of unexplained hepatitis in children. 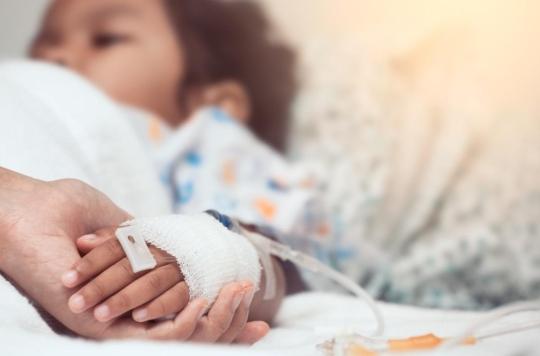 Severe inflammation of the liver in children, with no apparent explanation. For several weeks, cases have been reported all over the world. In the United States, health authorities have announced the launch of an investigation to understand the causes. Their research focuses on 109 cases reported in the country, five of which led to a death.

Almost all of the children were hospitalized

The American health authorities specify that these cases have been identified during the last seven months. The median age of affected children is two years. 90% of them had to be hospitalized, and most of them recovered, but 14% had to receive a liver transplant. If the situation is changing day by day, the American experts want to be reassuring and recall that cases of severe hepatitis remain very rare in children.

A possible link with Covid-19?

At a press conference, reported by the World, Jay Butler, deputy director of the CDC, in charge of infectious diseases, wanted to dismantle a rumor circulating on the Internet. “Vaccination against Covid-19 is not the cause“unexplained hepatitis, he said. Especially since most of the children affected are too young to be vaccinated. But Covid-19 infection is one of the hypotheses raised by American researchers to explain the onset of hepatitis.

The trail of an adenovirus

Another virus could however be the explanation for these inflammations. As early as late April, the CDC highlighted the presence of an adenovirus infection in some of the children affected by the mysterious hepatitis. These viruses are generally associated with respiratory pathologies, but they can sometimes cause intestinal or eye disorders. In the sample of 109 children currently being studied by American scientists, more than half had an adenovirus infection. However, these diseases are not part of the pathologies to be reported for doctors, which makes the analysis of its impact on hepatitis difficult to carry out. In the New york Times, Dr. Butler sends a message to health professionals: he recommends that they test children for adenovirus in the event of suspicious symptoms. In France, the Ministry of Health has also taken measures to detect and assess cases. A roadmap has been sent to healthcare professionals to identify unexplained cases of severe acute hepatitis. The presence of an adenovirus is also part of the suspicious situations, in the absence of a precise diagnosis. If a case meets the various criteria put in place, it must be reported to Public Health France.

Multiple sclerosis: trauma in childhood would increase the risk

How Your Childhood Place Defines Your Sense of Direction

Does your child sleep poorly? Above all, don’t think that “it will get better with age”!

Your child is afraid of clowns or Santa Claus: here are the solutions!

People with high potential: “We are neither better nor worse, we are just ourselves!”