Plague: schools closed in Seychelles as a precaution

Two patients could be affected by the plague, while an epidemic has broken out in Madagascar since the end of August. 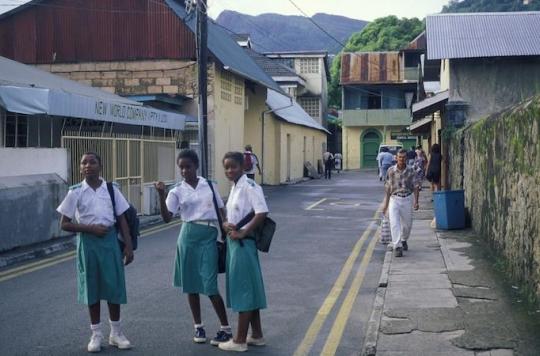 A plague epidemic has wreaked havoc in the Indian Ocean since August 28. Last territory affected by the disease: the Seychelles, with two potential cases, including a Seychellois returning from Madagascar. They were placed on antibiotics and in isolation: “For the moment, it has not yet been confirmed that the two sick people are due to pulmonary plague, samples must be sent this weekend to the Pasteur Institute (at Paris) “, said doctor Jude Gedeon, Public Health Commissioner. The results should be known next week. In prevention, the Seychelles placed 320 people who came into contact with patients under surveillance. A total of 12 people showing possible symptoms of the plague were admitted to hospital and placed on antibiotics, the ministry said.

By order of the government, the island’s primary and secondary schools were also closed from Friday October 13 to Tuesday October 17, 2017 inclusive. “We took this decision as a precautionary measure to reassure parents “, said Merida Delcy, advisor at the archipelago’s Ministry of National Education. “We hope that when they return (…), the children will be in good health “, she added, after a panic gripped the parents as some students had fever.

Madagascar appears to be the epicenter of this epidemic. The big island now has 450 patients, 48 ​​of whom did not survive. On the days of October 9 and 10 alone, authorities notified more than 60 cases of pulmonary plague.

The various precautionary measures did nothing, Yersinia pestis continues to circulate actively on the island. The capital Antananarivo alone reports 239 cases – including 21 deaths.

For the moment, international bodies are reassuring with regard to tourists: “The risk of infection by Yersinia pestis is generally low for international travelers to Madagascar, ”explained the World Health Organization, which released more than a million dollars at the beginning of October and sent a million doses of antibiotics to Madagascar.

But she says certain situations can promote infection, such as camping or hunting, as well as contact with dead animals. Repellents help protect against flea bites, says the agency.

A case of bubonic plague detected in California

We have found patient zero of the plague!

A case of bubonic plague detected in China

The Academy of Medicine advises against the Malagasy remedy against Covid

The plague: a re-emerging disease

Middle Ages: researchers unravel the secrets of the bacterium at the origin of the plague