Peugeot 9X8 (2022). The Lion makes its big comeback in Endurance at Monza 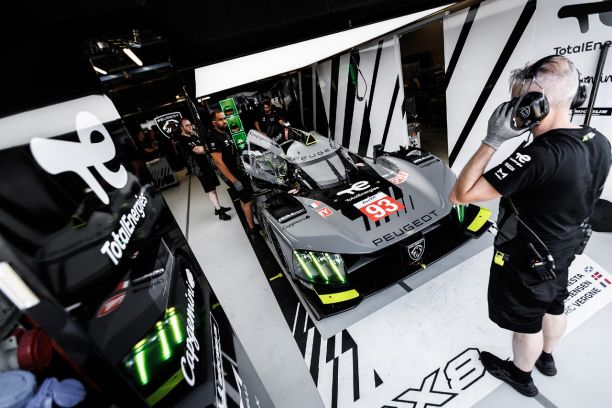 One year after the presentation of its model, the Peugeot 9X8 will make its competitive debut this Sunday July 10 at the 6 Hours of Monza.

This weekend marks Peugeot’s great return to endurance racing. After months of development, the hybrid hypercar is ready for the 6 Hours of Monza, this Sunday July 10. Among the crews, we can find two French pilots: Jean-Éric Vergne and Loïc Duval.

Fans have been waiting for this for eleven years. Peugeot is making a comeback in the premier category of the WEC endurance championship, after retiring from competition in 2011. A worthy heir to the Peugeot 908 and the 905, the 9X8 is in full preparation for its first laps in the race at the 6 Hours of Monza. The departure is scheduled for this Sunday, July 10 at 12:00 p.m.

The Peugeot 9X8 is sure to cause a sensation on the track. Thanks to the new Le Mans Hypercar category, the Sochaux hypercar can afford to adopt spectacular aerodynamics, devoid of a transverse rear wing. A deprivation which was a great challenge for the engineers but whose performance is promising. And there is rather interest. Now that the 9X8 is homologated, its characteristics cannot be modified before 2025. As a reminder, the feline is powered by a 2.6 biturbo V6 which develops around 700 hp according to the BoP (Balance of Performance), coupled to a 272 hp electric motor installed in the front. During the Monza event, the latter can be activated from 150 km/h.

It has now been six months since the 9X8 has been touring the European circuits. After a final test in Spain, on the Motorland Aragon circuit, Peugeot completed a 36-hour endurance run in order to fine-tune the final details and prepare the whole stable. In total, the lion hypercar has accumulated more than 15,000 km of tests. Olivier Jansonnie, Technical Director of Peugeot Sport, explains: “ The Peugeot 9X8, the drivers and the team will reach a new level: evolve in the race, against the competition, respect an extremely precise course over the whole weekend, but also discover the behavior of our car in traffic , with all the procedures and security measures of a race. Our roadmap at Monza is simple: give the best with humility, but without shyness. »

Two French in the crew

On June 8, Peugeot unveiled the crews of the two 9X8s that will start this weekend at Monza. And, cocorico, two Frenchmen are among the drivers in contention. In car number 93 we will find Jean-Éric Vergne, the Briton Paul di Resta and the Dane Mikkel Jensen. In issue 94, our second frenchies, Loïc Duval will be accompanied by American Gustavo Menezes and Briton James Rossiter, selected after the departure of former F1 driver Kevin Magnussen. ” The training of these crews for the first event at Monza is the result of multiple test sessions, data analysis, but also driving affinities and personalities. », adds Olivier Jansonnie.

This year, Peugeot deliberately decided not to take part in the mythical Le Mans event in order to pursue the development of the 9X8. Now that this phase is complete, the hybrid hypercar will therefore be able to take part in the 24 Hours of Le Mans in 2023. Right in time for the centenary of the event and the 30th anniversary of the 905’s hat-trick. To the delight of the spectators, the race will not fail to be sensational. If Peugeot is making a comeback, this will also be the case for Porsche, Audi and Ferrari. Will the 9X8 live up to its ancestors? See you this weekend to see what the French is capable of.