Petition from Prof. Joyeux about the DT-Polio vaccine: beware of the arguments put forward! 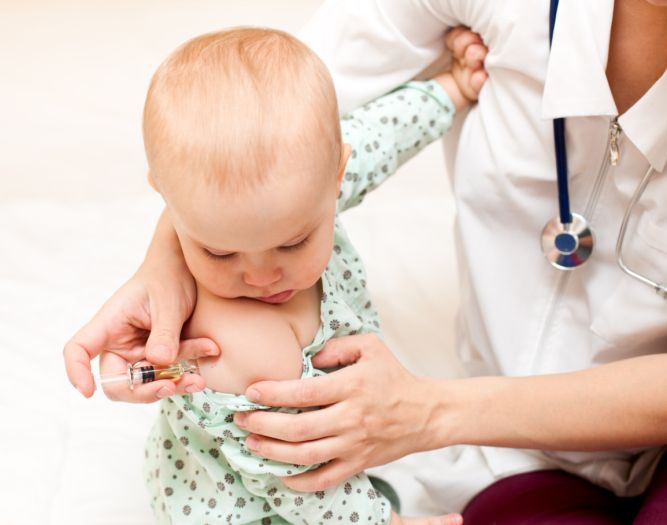 In France, only vaccinations against polio, diphtheria and tetanus are compulsory. But since 2008, the DT-Polio vaccine without aluminum is no longer available, because of allergic complications noted by the laboratory.

Parents could turn to combination vaccines with several recommended vaccines. There is thus a tetravalent vaccine (DT-Polio, plus whooping cough), a pentavalent (DT-Polio, whooping cough, Haemophilus ifluenzae type B, a bacterium responsible for pneumonia and meningitis) as well as a hexavalent (with hepatitis B in addition).

Problem: for several months, tetra and pentavalent vaccines have been out of stock. So there remains the hexavalent vaccine, which Professor Joyeux and the site of the Institute for the Protection of Natural Health which hosts the petition consider dangerous. A petition was thus created to “put an end to this scandal” and “to ask the authorities and the laboratories to return, as soon as possible, the classic DT-Polio vaccine without aluminum. If the final cause seems legitimate, the arguments used by Professor Joyeux in his video to get this petition signed are debatable.

The question of the legitimacy of Dr Joyeux

First of all, it is essential to specify that Professor Joyeux is in no way a specialist in the question of vaccination. never worked on vaccines and has never published on vaccines in scientific journals ”, underlines Daniel Floret, president of the Technical Committee on Vaccinations (CTV) within the High Council of Public Health (HCSP) and professor of pediatrics at Claude Bernard University in Lyon. “The scientific community therefore considers that Henri Joyeux has no legitimacy on this subject” he adds.

A vaccine “not sufficiently tested”?

According to Professor Floret, the currently available hexavalent vaccine “has been tested like all vaccines with clinical trials that have lasted for years. In addition, hexavalent vaccines have been used in all European countries for at least 15 years. If that’s not enough, I don’t know what to do! », He specifies, half amused and half exasperated by this argument.

According to the petition brought by Professor Joyeux, the hexavalent vaccine is dangerous because it contains aluminum and formaldehyde. It accuses aluminum of causing macrophage myofasciitis, a rare muscle disease, and of entering the brain where, according to the petition, it “can cause serious nervous diseases, such as Alzheimer’s and Parkinson’s disease.” “To support its remarks, the institute of natural protection specifies that” this is the reason why it is strongly advised not to use deodorants and beauty products with aluminum. “

What is it really?

At present, “no reliable scientific study has shown a link between aluminum in vaccines and the appearance of these diseases, ”recalls Professor Floret. In 2013, the High Council for Public Health estimated, following a review of the scientific literature on the subject, “that the scientific data available to date do not allow the safety of human beings to be called into question. vaccines containing aluminum, with regard to their benefit / risk balance. In vaccines, aluminum is used as an adjuvant to increase their effectiveness. The use of aluminum deodorants is only not recommended for a precautionary principle, since we are then exposed to aluminum on a daily basis.

As for formaldehyde, used to inactivate the vaccine, it is indeed a substance classified as “probable carcinogen” as indicated in the petition. However, no danger has been established with regard to exposure to this substance via vaccines. Its carcinogenic effect is only suspected in the context of a professional exposure respiratory or skin. Formaldehyde is a natural element present in small quantities in fruits and vegetables, but also in tobacco smoke, forest fires or even in certain synthetic materials. In small doses, like that present in vaccines, our body eliminates it.

The petition also denounces the cost of this hexavalent Infanrix Hexa vaccine: “40 euros instead of 6.34 auros for the traditional DT-Polio! “

“Of course these vaccines are more expensive, but in France, the price of vaccines is negotiated between the companies and the government”, underlines Professor Daniel Floret, also hospital-university consultant in pediatric infectious diseases at the Femme-Mère hospital. -Child of Bron.

Note that faced with the shortage and the controversy, the National Medicines Safety Agency (ANSM) indicated that a vaccination kit containing only the three compulsory vaccines (DT-vax and Imovax Polio) was available free of charge, on doctor’s order from the laboratory. It is available “for patients with a contraindication to pertussis valence in order to meet vaccine obligations”, we can read on the ANSM website. Children without contraindications therefore do not seem concerned, unless the doctor is conciliatory.

The question of compensation

For Professor Henri Joyeux, “what we are not saying is that the State will only take into account complications if they are due to compulsory vaccines, not to others which are not imposed. Thus, these recommended vaccinations would be carried out “at the risk and peril” of the parents.

“When a side effect occurs during compulsory vaccination, the procedure is simplified”, recognizes Professor Floret. “But that doesn’t mean that you can’t get compensation for a side effect that occurs with the administration of a non-mandatory vaccine. In general, it seems to me that the doubt rather benefits the victim. “

Benefit and danger of hepatitis B vaccine

“Read the petition and you will see the official 65% more multiple sclerosis (MS) in the 5 years following the hepatitis B vaccination campaign,” wrote Professor Joyeux. The latter protested at seeing infants vaccinated against hepatitis B, assuring that: “vaccinating a 2-month-old child against Hepatitis B is nonsense of public health”, since it is a disease whose transmission is predominantly sexual.

“No one has ever said that in industrialized countries where hepatitis B prevalence rates are moderate to low, infants are vaccinated to protect them directly,” says Professor Floret. “It is true that infants are little at risk. On the other hand, we know very well that the risk really begins in adolescence, an age when we do not manage to vaccinate as it should. We also know that when we vaccinate very young, we have a vaccine which is extremely effective, well tolerated and which protects for a very long time or even life. “

In addition, the Chairman of the Technical Committee for Vaccinations recalls that to date, “no scientific link has been shown between vaccination against hepatitis B and demyelinating conditions such as multiple sclerosis. “

Why are these three vaccines still mandatory?

In an attempt to sidestep one of our questions about the free kit, Prof. Joyeux tries to refocus the debate. “The real question: these 3 DTP diseases being eradicated thanks to public hygiene, is it necessary to maintain compulsory vaccination? Only certain children really need it, those who work in stables or in floors soiled with horse dung. Children living in countries at war where public hygiene is deplorable are also needed. As for saying that any wound requires an anti-tetanus vaccination, yes if it is really soiled, otherwise not necessary. It’s up to the doctor to judge, ”he wrote to us.

However, “to say that diphtheria and polio are eradicated is false,” protested the pediatrician and member of the HCSP. “They are eradicated in our country but not in the world. Tetanus has become rare thanks to vaccination but it is not strictly speaking “eradicable”, since the germ is in the earth. “

In this sense, Daniel Floret assures us that we must continue to vaccinate against these diseases. On the other hand, he concedes that the status of compulsory or recommended vaccines can be called into question. “These three compulsory vaccines (DT-Polio) are vaccines that must be continued, but they should not enjoy a special status compared to other vaccines which protect against diseases much more present than diphtheria, tetanus and polio. “

” The vaccination schedule of the French authorities includes the DT-Polio vaccine, but also vaccines against whooping cough which causes deaths in children, hepatitis B, which kills 1,300 per year, against pneumococcus, meningococcus also ”, recalls Daniel Floret . “All of these vaccines are officially recommended by the Ministry of Health. The schedule does not only include these three mandatory vaccines. “

Why is there a shortage of vaccines?

Basically, this is the real question that remains unresolved despite the controversy. According to Professor Floret, “this is partly explained by the fact that, for economic reasons, the pharmaceutical industry works just in time. As soon as there is a vaccine manufacturing plant that is flooded, for example, it unbalances the system. Likewise, as soon as there is a more or less predictable increase in the demand for vaccines, as was the case for whooping cough, it creates situations of shortages. “

However, the professor does not venture into the field of money, recalling that he is not “in the secrets of the industry. “Professor Joyeux indeed claims that it is basically only a” big money story “.

“What the industry is saying that is relatively plausible is that there has been an increase in demand for certain vaccines containing pertussis. On the other hand, there were unforeseen industrial manufacturing problems, which created this shortage, “said Professor Floret, who regrets this situation which” harms vaccination. “

What about the conflict of interest?

Finally, members of the natural health protection institute highlight conflicts of interest to denounce the attitude of doctors and the media. “The press in command, which was illustrated by its silence on this mobilization, has indeed discovered a sudden passion for the subject. […] It was becoming evident that there was an urgent need to defend public policies and industrial interests. “

In response, Prof. Floret stresses that “this institute itself has major conflicts of interest, since it has representatives of the food supplement and natural health products industry on its board of directors. administration. “

Remember that vaccination against diphtheria, tetanus and polio is compulsory in France. In case of refus to vaccinate her child, the parents face six months in prison and a € 3,750 fine.

Vaccines: how do they work in our body?

Ebola: the vaccine that reassures scientists

Cervical cancer: the vaccine does not present any danger