The high prevalence of obesity and overweight in the United States has implications for the number of people eligible for military service. Reduced levels of stamina and health problems are obstacles to their recruitment. 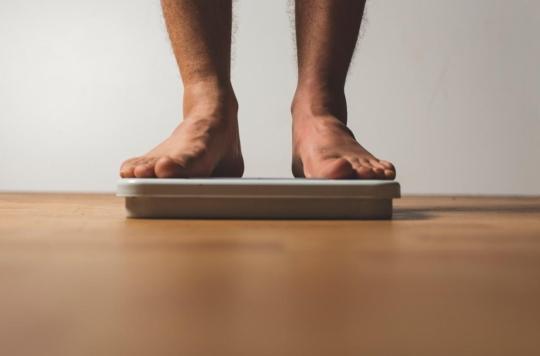 More than 130 million people are obese in the United States. For many years, this figure has been steadily increasing, whether among young people or adults. First, obesity is a public health issue: obese people are more at risk of developing certain diseases, particularly cardiovascular ones; but it is also a societal issue. In the review Journal of Nutrition Education and Behaviorscientists explain that the American army is struggling to find new recruits, in particular because of the overweight and obesity suffered by the volunteers.

“This is a complex issue that has a profound impact on national security by limiting the number of recruits available, decreasing applications for re-enlistment and potentially reducing the level of mission readiness.says research author Sara Police of the Department of Pharmacology and Nutritional Sciences, University of Kentucky. But this problem also concerns already enlisted servicemen.”Active duty personnel gradually gain excess body fat for a variety of reasons, including but not limited to the stress of military life, readily available high calorie foods and beverages, and more sedentary responsibilities. “says the study.

For more than 70 years, the question of weight has been an issue for the American army. At the time, the institution had to fight against malnutrition, which was common among its recruits. The national school meals program was thus adopted to promote food security for future soldiers in 1946. Today, it is no longer a question of malnutrition, but of excessive caloric intake. For the authors of the study, there are two main causes: an increase in the amount of calories consumed, but also an increase in portion size. Over the years, the waistline of future American recruits has only grown. According to the scientists behind this study, the percentage of eligible recruits in the military who exceed the standards in terms of body fat percentage has doubled for men and tripled for women since 1960.

How to change habits?

For the American army, the fight against obesity has become a real challenge. Military leaders act to encourage changes in nutritional and dietary habits, particularly through initiatives in schools. But another solution could be nutrition education directly within the armed forces. “This perspective builds on previous studies demonstrating that accurate nutritional information and behavioral modeling can strongly influence recruits.”underlines Sara Police. “Research to uncover best practices will take into account the growing diversity within the military, the importance of access to healthy food, and the opportunity to support nutrition education through thought leadership“, concludes the author.

Why good sleep is important when dieting

How Children Respond to Adult Anger

StopCovid application: green light from the Cnil after a conclusive trial on 60 soldiers

Obesity: towards a taxation of certain foods?

Obesity: asthma is caused by an accumulation of fat in the airways