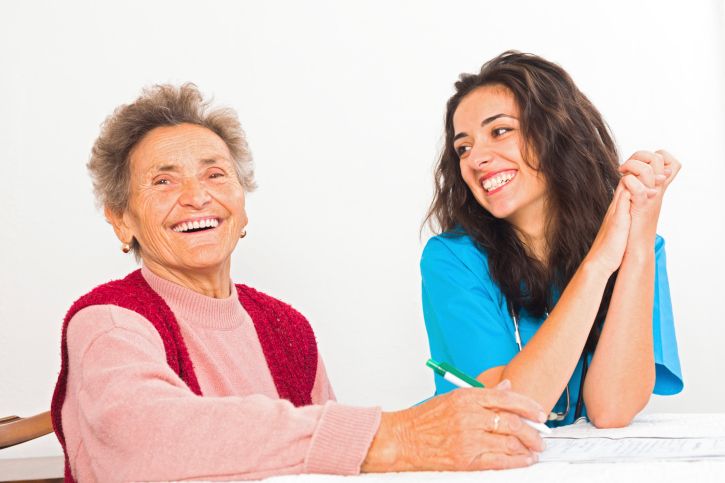 When brain areas related to language are affected, especially during a stroke or head trauma, difficulties in expressing and understanding written and/or oral language occur. Called aphasia, this language disorder can be reduced or even disappear thanks to speech therapy sessions.

However, there are rare pathologies for which anticipatory speech therapy sessions can be useful even before aphasia occurs. This is the case of neurodegenerative diseases such as primary progressive aphasia or Alzheimer’s disease.

A progressive deterioration of language

Primary progressive aphasia, or PPA, is a rare degenerative disease (5 cases per 100,000 people) that affects regions of the left hemisphere, including the frontal and temporal cortex. Linked to language, these areas gradually damaged will lead to various and irremediable difficulties: loss of meaning of words, lack of words, syntax or speech problems, spelling mistakes,…

In the case of Alzheimer’s disease, language disorders generally occur after immediate memory disorders. Because of his cognitive losses, the patient will then tend to look for his words, and failing to find them, to replace them with other similar words or with their definition. The spoon will for example be replaced by “what we eat our soup with”, or the umbrella by “what protects us from the rain”. Vocabulary is impoverished and pronunciation is increasingly disturbed.

“Language canes” to lean on when language difficulties arise

Faced with these emerging and evolving language difficulties, speech therapy can help support the patient. “Speech therapy will constitute a prevention and support action for the patient in the slow degradation of his language”, explains Nathaly Joyeux, speech therapist in Avignon. “Rather than trying to restore the language to the same, we will offer the patient means of compensation, such as language notebooks or vocabulary notebooks that he will have available. »

Thanks to these “language canes” on which he will be able to rest, the patient will learn to communicate differently, before aphasia has had time to interfere in his daily life. “Insofar as he has support that gives him the means to lean on it, it’s much less distressing than doing nothing and simply noticing the degradation of language”, underlines the speech therapist. Little by little, and as his language deteriorates, the patient will be able to use the communication tools offered by the speech therapist.

If this management is the only option offered to patients with primary progressive aphasia, it is less systematic in the context of Alzheimer’s disease.Alzheimer’s, while the difficulties of expression are real. “Doctors do not systematically think of offering speech therapy,” laments Nathaly Joyeux. A regrettable lack of prescription, especially since these anticipatory speech therapy sessions are covered by social security in the context of Alzheimer’s disease and other dementias, under a long-term illness (ALD).

Stroke: everything you need to know about speech therapy for aphasia

One out of two Alzheimer’s patients is not treated

Depression: the benefits of homeopathy

Herpes labialis: 44% of diseases have a feeling of stigma

Alcohol: one month of abstinence reduces the risk of serious diseases

Work and Covid-19: talking about your problems is already solving them