NASH: what are the symptoms of soda disease?

A quarter of the French population is said to be suffering from non-alcoholic steatohepatitis (NASH), indicates the French National Society of Gastro-Enterology. What are the symptoms of this liver disease? 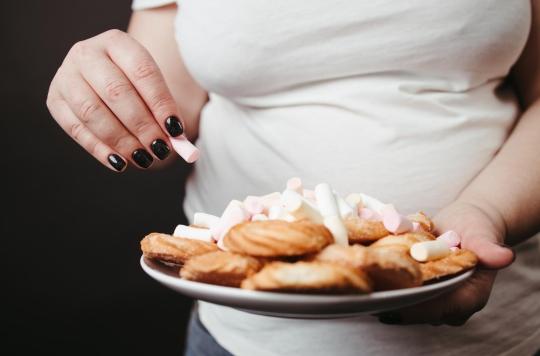 In France, more than 200,000 people are affected by non-alcoholic fatty liver disease, according to the National Institute of Health and Medical Research (Inserm). Also called non-alcoholic steatohepatitis (NASH), this pathology is characterized by an accumulation of fat in the hepatic cells of the liver unrelated to excessive alcohol consumption.

Non-alcoholic fatty liver disease is also known as fatty or soda liver disease, which means fatty and sugary foods are responsible for causing it. To avoid it, it is better to forget “junk food”, sugary drinks, sodas as well as industrial and ultra-processed dishes.

Two factors are at the origin of non-alcoholic fatty liver disease: physical inactivity and poor diet. Some patients affected by chronic diseases are also at greater risk of developing this pathology. This is particularly the case for people who are overweight, suffering from type 2 diabetes or excess cholesterol.

“You should know that one of the functions of the liver is to store, in the form of fat, the excess energy provided by our diet. Thus, when we regularly consume more sugar and fat than we expend, an imbalance is created that leads the liver to accumulate too much fat.In some people, particularly those with obesity and/or type 2 diabetes, this overload is accompanied by inflammation: this is the beginning of NASH”Explain Inserm.

What are the warning signs?

NASH is considered a “silent” disease, meaning that it causes few or no symptoms in its early form. The condition can therefore progress for years without being diagnosed. When the first signs appear, the liver functions are already damaged and the disease is at an advanced stage. We can then distinguish different manifestations, including:

“Being a silent and progressive disease, NASH can remain undetected until the pathology has already progressed to more critical and life-threatening stages. Early detection is one of the biggest diagnostic challenges. and the management of NASH.1-3 But awareness and education can help change that.” highlighted the NASH Education Program. Patients with comorbidities should therefore have their Gamma GT and transaminase levels checked at least once a year. NASH causes an abnormal increase in the levels of these blood markers.

To estimate the amount of fat in the liver, a hematologist may recommend an ultrasound and the use of an elastometry device also makes it possible to assess the hardness of this organ. A single test can confirm the diagnosis of non-alcoholic fatty liver disease: liver biopsy. “However, this invasive procedure, although currently the reference in the field, can be expensive, uncomfortable and potentially risky for patients”, says the NASH Education Programm.

What are the treatments ?

In the most severe cases, fatty liver disease can lead to cirrhosis and liver cancer. At an early stage, however, non-alcoholic fatty liver disease can be reversible. A balanced diet combined with regular physical activity can stop its progression. But the pathology is often diagnosed at an advanced stage and these lifestyle and dietary rules are not enough.

Advanced forms of NASH are treated with a liver transplant. There is no drug treatment, but therapeutic avenues are currently being studied, according to Inserm. The organization mentions in particular:

Diabetes: what signs in children should alert?

Covid-19: the symptoms evolve according to the variants and the vaccination schedule