The bar of 3,000 cases of monkeypox infection has just been crossed in the country. 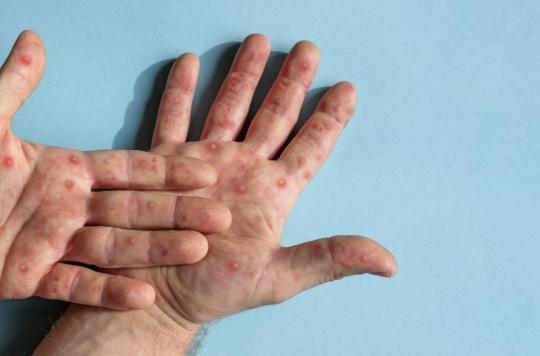 In his last update, Public Health France identified, on the evening of August 23, 3,421 confirmed cases of monkeypox. While 35 women and 15 children were infected with this infection, the majority of patients are men who have sex with men.

Regarding the severity of the disease, about 3% of patients were admitted to hospital, but no deaths were reported. Several symptoms explain these hospitalizations: complications following the infection, intense pain, angina with difficulty eating, or even ophthalmological damage. Nevertheless, the real number of patients could be higher than the figures issued by the health authorities, according to SPF.

In Europe, the bar of 20,000 cases has been crossed, according to the european center for disease prevention and control. Nevertheless, a decrease in cases is observed on the continent, particularly in France. According to the authorities, “the number of contaminations seems to have peaked at the end of June/beginning of July and since then the number of cases has tended to decrease”.

If the figures decrease, caregivers ask for confirmations on the long term. “It’s rather good and reassuring news, provided that it is confirmed in the coming weeks. (…) It shows that what we are doing is effective, so we must continue without releasing our efforts to go to the end and achieve true control of the epidemic”, says to the Parisian Jean-Michel Molina, head of the infectious diseases department at Saint-Louis hospital in Paris.

As a reminder, some 50,000 people have already been vaccinated in France. The Minister of Health, French Braun, welcomed the fact that France is “one of the countries in the world where we vaccinate the most, with the United States”.

Product recall: This popular Reblochon should not be consumed

Dementia: people hospitalized for infections are at higher risk

Long Covid: 1 year after infection, most symptoms tend to disappear

Covid-long: what if we could predict it from the first days of infection?