Parents whose children are sick from the Meningitec vaccine are asking for the opening of a crisis unit. The petition has already gathered more than 56,000 supporters. 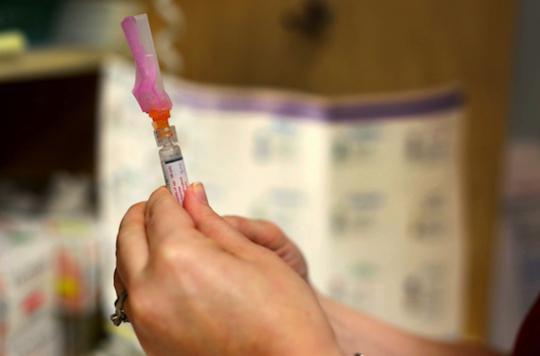 “Thousands of children in danger because of the Meningitec vaccine: open a crisis unit! “, the petition launched on Change.org by Coralie M. is a success. In two weeks, she has already gathered more than 56,000 signatures at her request to the Minister of Health, Marisol Touraine.
“Thousands of parents, like me, have had their children vaccinated against meningitis with the Meningitec vaccine,” says, in her petition, Coralie M, one of the 240 people to have filed a complaint against pharmaceutical laboratory CSP.

“This vaccine was revealed to be adulterated. And on September 26, 2014, the affected batches were recalled by the manufacturer in agreement with the National Medicines Safety Agency (ANSM). But nobody alerted us, ”she laments.

With another mother, Coralie M. now manages the requests of the other parents concerned by the case, comforts them, and assists them in putting together their case in court.
Like them, many of them do not know how to manage the serious symptoms from which their children suffer (high fevers, restlessness, irritability, skin rashes, digestive disorders, continuous diarrhea …) following a vaccination with defective batches. of Meningitec, between April and December 2014.
Used in infants from 2 months, adolescents and adults, this vaccine is indicated to prevent meningitis caused by the bacteria Neisseria meningitidis of serogroup C. “I am helpless in the face of my child’s pain, every day. What should I do ? », She calls out.

Concretely, the mother indicates to have written in March to the Minister of Health, without response to date. “I feel less alone, and seeing more than 56,000 people supporting us is a balm for our hearts. But to achieve a victory, we will have to fight again, ”she concludes.

These plaintiffs, some of whom live in Brittany, have also created a collective and opened a Facebook page in order to discuss what they are experiencing and share about this defective vaccine. THEhe examination of the complaints of 240 families against the distributor of the Meningitec vaccine should take place on November 24, by the Tribunal de Grande Instance of Clermont-Ferrand (Puy-de-Dôme).
Finally, it should be emphasized that this case is not just a Franco-French issue. Similar action is underway in Italy for the same vaccine.

The version of the health authorities and the manufacturer
When Meningitec was withdrawn on September 25, 2014, the ANSM declared: “At present, no adverse reaction report linked to this quality defect has been reported to the laboratory or to the ANSM”.
But after investigation, it seems that some lots remained on sale in a few pharmacies, contaminating the children treated. Among the list of heavy metals found in the analyzes of the hair of these children, we found lead, aluminum, tin, silver, or even silicon.

Flu: why nursing homes are vulnerable

Statement: ‘Pay people for getting a corona vaccine.’

Dengue: the first steps of the vaccine