Yet very popular, beyond 24 hours, in the case of weight loss, fasting is a potentially dangerous physiological aberration. 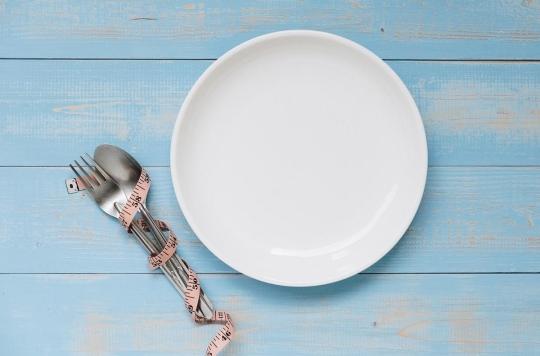 Fasting is part of the history of human evolution. Its ability to activate physiological adaptation mechanisms as soon as there is a shortage of food enabled it to survive the great famines of prehistory. We are the survivors, that is to say the repositories, of an incredible resistance to deprivation and of a particular capacity to very quickly “(re)store”.

Therapeutic fasting is a very “trendy” subject that causes endless controversy between doctors. In fact, it is necessary to have permanently two notions as regards fasting: the duration and the goal.

An adult of 1.70 m, weighing 70 kg, has about 15 kg of fat reserves, enough to hold, if he is in good health, forty days of fasting. But beyond that, the body consumes its proteins, that of the muscles, but also of the heart. It cannibalizes itself to supply the brain. In the United States, the National Council Against Health Fraud (NCAHF) is categorical and “strongly warns against the prolonged use of fasting for health purposes”.

Researchers in the Soviet Union studied the mechanisms of fasting for more than forty years and experimented with therapeutic fasting on tens of thousands of patients as part of a national public health policy. All this is thoroughly described in numerous studies, which have never been translated and therefore remained unknown in our country.

Advocates of fasting point to numerous studies to show its effect on rheumatoid arthritis, irritable bowel, chronic pain, sleep quality, detoxifying certain pesticides and dioxins, and even improving mood. . Its theoretically beneficial effect in addition to chemotherapy is the most defended indication. All these studies are decried by conventional medicine…

A small meal every 12 hours. In the case of a programmed weight loss (which has been effective), the only scientific experiment has shown a painful and persistent feeling of hunger which demonstrates the improbability of continuing this diet for prolonged periods.

In conclusion, there is one non-negotiable rule to keep in mind: beyond 24 hours, in the case of weight loss, fasting is a physiological aberration which will inevitably be followed by its consequence: the storage of a little more fat…

“Bulk and cut”: this bodybuilding diet can lead to complications