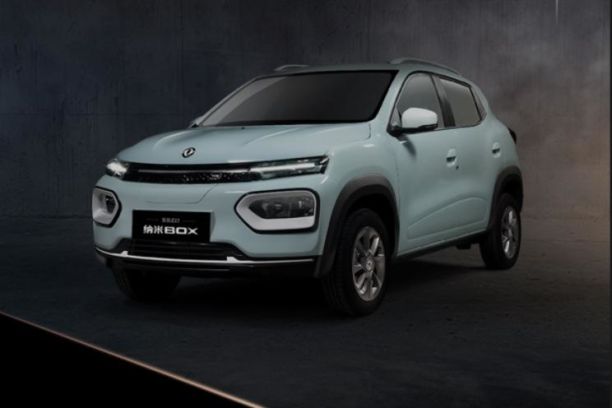 Did you recognize her? Yes, this Dongfeng EX1 Nano Box is a close cousin of the Dacia Spring.

Former partner of Renault in China, the manufacturer Dongfeng already offers four close cousins ​​of the Dacia Spring on this gigantic market. This did not prevent him from launching a new one, the EX1 Nano Box, which adopts a much more modern dashboard.

Marketed in France since 2021 only, the Dacia Spring is already almost an old acquaintance in China. A country where this fake Romanian is made for the whole world and where she wears different identities. If it was born there in 2019 under the name of Renault City K.ZE, Dongfeng, the former partner of Losange in this market, also offers it through various joint ventures. Buyers could already choose between the Dongfeng Aeolus EX1, the Dongfeng Fengguang E1, the Dongfeng Fengxing T1 or the Dongfeng Venucia E30 EV. But they will soon have yet another alternative, dubbed Dongfeng EX1 Nano Box and quite different from previous proposals.

A Spring with a reworked style

It is indeed the first time that the front has been so similar to that of “our” Spring, with a look spread over two floors. Until now, Donfgeng opted instead for imposing headlights. The look was thus close to that of the Kwid, a thermal city car designed for emerging markets, in versions prior to its 2019 restyling. But the EX1 Nano Box is not totally identical to its Dacia cousin. It sports a much thinner grille, limited to a simple black strip, and a specific shield, while a white plastic outline comes to dress the main headlights. The profile remains familiar, but it manages to stand out a bit thanks to a two-tone livery and painted side sills. As for the stern, no image has yet shown it.

A more modern and plush cabin

However, it is in the passenger compartment that this Dongfeng best marks its difference. It’s very simple, its dashboard does not seem to take anything back from the Spring. If the selection of gears is always carried out via a wheel, it is now perched on a suspended central console. The instrumentation becomes 100% digital and devoid of a cap, while the central touch screen is suspended like a tablet above the vents. Another change in size, the diagonal of this slab increases from 7 to 10 inches. We also note the arrival of more plush materials, even if the choice of colors illustrated here is not necessarily to everyone’s taste. This EX1 Nano Box thus seems to play in a much more upscale register than the electric city car sold with us. But don’t expect too much to see such a proposal arrive in France. After ending its joint venture with Dongfeng at the end of 2019, Renault has already announced for 2024 a second generation of Spring completely emancipated from this former alliance.

TO READ. Renault is now betting on Geely to exist in China

Covid-19: a nasal vaccine authorized in China, how does it work?

Jeep Avengers (2023). The official photos of the cousin of the DS3 Crossback

Baby Jeep (2023). 1st official photos of the cousin of the DS3 Crossback

Attention Transformers fans, this will be your new phone