Conflicts of interest: a further step towards transparency

The transparency of the links between the actors of the health system and the industrialists of the sector should be further reinforced by a decree published on Friday. 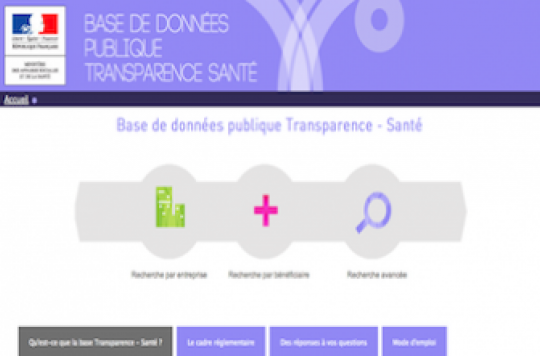 A few months before the end of the mandate, the government accelerates the reforms. This is particularly true of the Ministry of Health, which multiplies the announcements during these end-of-year celebrations.

The most recent relates to links and conflicts of interest in the health sector. In a press release, Marisol Touraine announces the publication in the Official Journal today of a decree strengthening the transparency of the links between the actors of the health system and the industrialists of the sector.

In June 2014, the Minister launched the Transparence-Santé public database, accessible on a single website: www.transparence.gouv.fr which lists all the links of interest between companies that market health or cosmetic products and health professionals.

“The decree relating to public declarations of interests and the transparency of the advantages granted by companies producing or marketing products for health and cosmetic purposes intended for humans” broadens the type of information communicated on this database.

From now on, the amounts of the agreements signed between the actors of the health system and the industrialists will have to be published. A dedicated section will allow easier access to the remuneration received within the framework of these agreements, specifies the text.

The decree also makes it possible to “make public the amount of remuneration and financial contributions of persons subject to the obligation to complete a public declaration of interests”.

“After the possibility offered by the law of extracting data from the database, the public will be able to access new information from April 1 on the transparency.sante.gouv.fr site. If it is necessary to distinguish between links of interest and conflicts of interest, it is up to each Internet user, each citizen, to know in all objectivity the nature of the relationships which bind the health industries to other stakeholders in the sector, “said Minister of Health, Marisol Touraine.

Conflicts of interest: medical students want to be trained

Sports nutrition in transparency and accessible to all with Nutridiscount.fr

Drugs: the publications underestimate the side effects

Drugs: pass of arms between Hillary Clinton and Pfizer