Chocolate: science has understood why we can’t resist it

For many, chocolate is simply irresistible. Researchers at the University of Leed have managed to explain why we melt in front of squares of chocolate. 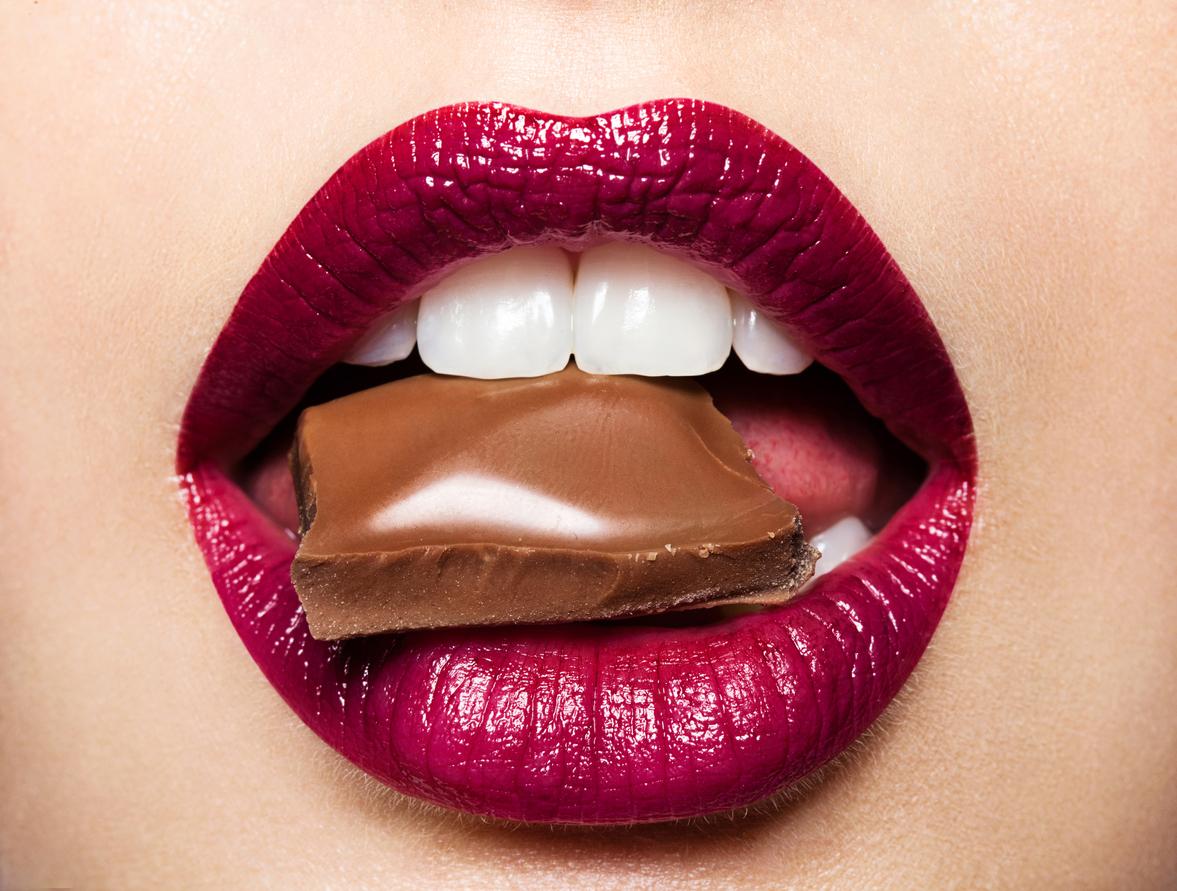 Researchers at the University of Leeds have managed to decode the physical process that takes place in the mouth when we eat a piece of chocolate. For them, what makes this treat so good is its lubrication.

Chocolate: the location of the fat is essential for the taste

For this experiment, scientists placed dark chocolate from a luxury brand on a tongue-shaped device. They studied how its surface, saliva and product interact, the levels of friction between them and the role of lubrication.

They discovered that when the square is in contact with the tongue, it releases an oily film that coats the organ as well as the other surfaces of the mouth. It is he who gives the sensation of creaminess to the chocolate throughout its passage in the mouth.

“The sensation of chocolate comes from the way it is lubricated, either from ingredients in the chocolate itself or from saliva or a combination of both”, explain the authors.

“Fat plays a key function almost immediately when a piece of chocolate is in contact with the tongue. After that, solid cocoa particles are released and they become important in terms of tactile sensation, so the deeper fat at the interior of the chocolate plays a rather limited role”they add.

According to the authors of this study published in the scientific journal ACS Applied Materials and Interfacethis discovery could help improve the chocolates sold by reducing their overall fat content.

“With the understanding of the physical mechanisms that occur when people eat chocolate, we believe that a next generation of chocolate – which offers the feeling of high-fat chocolate while being a healthier choice – can be developed. “says Dr. Siavash Soltanahmadi, lead researcher.

His colleague Anwesha Sarkar explains: “The layer of fat should be on the outer layer of the chocolate, that’s what matters most, followed by the fat coating the cocoa particles effectively, these help make the chocolate so good.”

For them, the fat inside the chocolate plays a rather limited role in the experience and could be reduced without impacting the feel and texture.

Additives, fats: “no added sugar” products not always good for your health

Sport: can we really reduce fat in a specific area of ​​the body?

Lipedema: what is this chronic disease suffered by Kelly Helard?

Chocolate: “You can take advantage of its virtues provided you consume it in moderation”